If Your Doctor Has This Trait, You’re Less Likely to Die on the Table 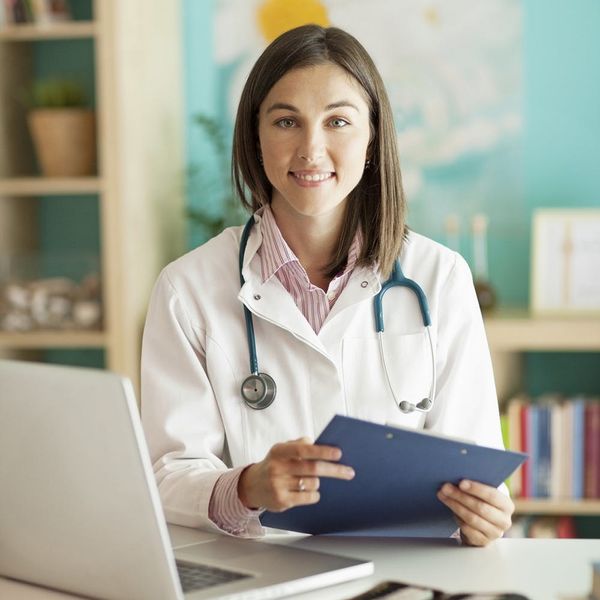 Oh, the joys of modern medicine. This year has certainly seen some weird innovations in the medical field — like using magic mushrooms to help treat depression, and ecstasy to treat PTSD. Weird, right?! But hey, whatever works. As long as we can stay healthy enough to enjoy our daily dose of social media and our daily dose of Netflix.

According to a recent Harvard study, you are much more likely to retain those healthy levels if your doctor is — drum roll please — a woman. Slay, fellow women! ANYWAY, the study says that while the difference between death rates associated with male and female internists is modest (11.07% mortality rate for females and 11.49% for males), it still means that if men performed at the same standard as women, as many as 32,000 people would be saved every year. The study showed that female internists give higher quality care for patients, but are not rewarded as highly as their male counterparts. They are promoted, supported and paid less. However, since the salary system is becoming increasingly focused on performance, it’s likely that these women will see fairer pay in the future, based on their patient outcomes. Finally!

Does it surprise you that female doctors offer better care? Sound off on Twitter by mentioning @BritandCo!

(h/t The Cut, photos via Getty)

Shea Lignitz
Shea can be found in the nearest bookstore or brewery, exploring the great outdoors, or blasting Led Zeppelin. She grew up in the cold and rain of Northern California's redwoods but is currently wandering around Texas.
Healthy Living
Health
Healthy Living