Is Drinking Cranberry Juice to Cure a UTI Legit? 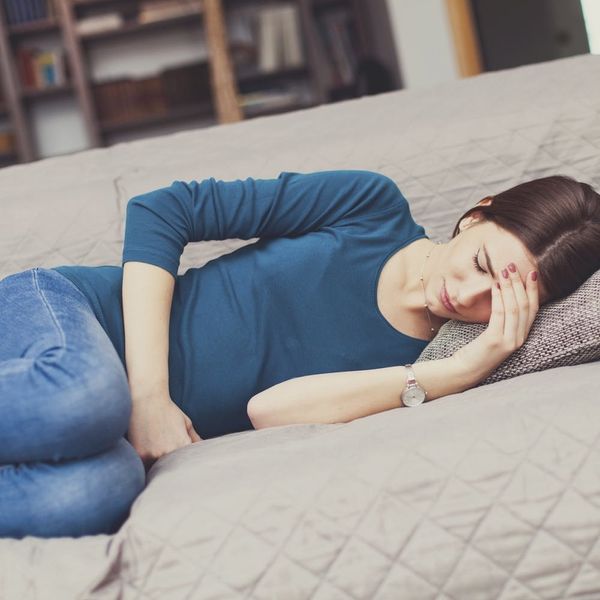 If you’ve ever had the joy of a urinary tract infection, you also know the joy of feverishly Googling home remedies while you double over in pain. And chances are, one of the first supposed miracle solutions you came across was “drink cranberry juice.” If that seemed suspect (or you tried it, and it flat-out just didn’t work), it turns out that wasn’t just the UTI pain making you paranoid.

According to a recent investigation by Vox, Ocean Spray is the latest food company to fund a so-called independent study to corroborate flimsy health benefit claims its marketing department is making about its product. The study claimed that “cranberries can be a nutritional approach to reducing symptomatic [urinary tract infections].” Ocean Spray took those “findings” and ran with them, even claiming that cranberry juice could replace antibiotic prescriptions for UTIs.

Sound too good to be true? That’s because it is. Vox uncovered that the study was actually co-authored by Ocean Spray staff scientists, and some of the research methods and conclusions weren’t exactly copacetic. While cranberries do contain compounds that are thought to prevent bacteria from latching onto the cells lining your bladder, to maintain the level of bacteria-fighting compounds necessary to prevent a UTI, you’d have to drink a LOT more than just a glass of cranberry juice — twice a day, every day, from now ’til question mark. Worst open-ended party end-time ever.

So what should you do to prevent (or at least relieve) UTI pain? Here are some options:

1. Get (home) tested. Not sure if what’s going on down there is definitely a UTI? When you feel symptoms coming on, pick up an at-home urine test from your pharmacy. If it’s positive, call your doctor; if it’s negative but the symptoms don’t go away, also call your doctor.

2. Take your antibiotics — all of them. If your UTI symptoms persist, your doctor may prescribe an antibiotic to fight those bad bacteria once and for all. It’s important to finish the full cycle of whatever your doctor prescribes, and if you’re concerned about whether or not the UTI is actually gone, you can take another home urine test.

3. Try a heating pad. While you wait for the antibiotics to start working, a heating pad might help soothe the pain — or at very least, it’s an excuse to lie around and relax for a little while.

4. Drink lots of water. Maybe even more than your daily 64 ounces. This will help flush the bad bacteria out of your system if a UTI is active, and it’s also a good idea for UTI prevention.

5. Change up your sex life. Not in a sexy way, unfortunately. Getting into the habit of peeing right after sex can help prevent UTIs, and you should avoid spermicide condoms and diaphragms if your doctor believes they’re the culprit of frequent UTI attacks.

6. Wear cotton underwear. This isn’t part of changing up your sex life, we promise — no one cares whether you’re wearing lace, silk or a fig leaf once the clothes come off. But your body will thank you. Cotton underwear and loose-fitting clothes can help keep things dry to prevent the kind of environment where bacteria go haywire.

7. Cut down on the coffee and alcohol. Going crazy with UTI pain might make you want to reach for a stiff drink or a shot of espresso, but caffeine and alcohol are known bladder irritants.

8. See a doctor if it’s happening frequently. If you’re getting UTIs all the time, something’s up. Uncross your legs long enough to walk back to your doctor’s office and get treated.

What are your go-to tactics for UTI relief? Tweet us your ideas @BritandCo!