Ugh. This Is Why UTIs Suck So Badly 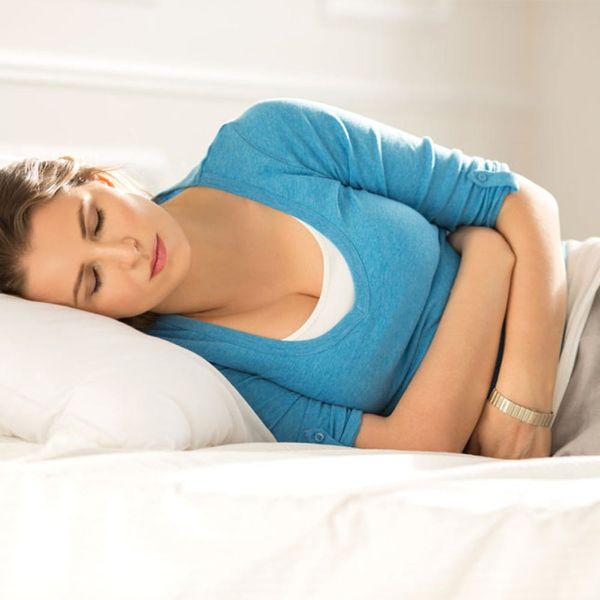 Go ahead — your bladder wants you to keep reading. UTIs (Urinary Tract Infections) have been disrupting our routines since Queen Bey was a humble hive member (or pretty much the beginning of time). You get them when bacteria enters your urinary tract, then multiples in the bladder and leaves you with not-so-fun symptoms, like burning when you pee, tiredness, back and abdominal pain and a slew of other Rather Not Deal With Its. It’s estimated that your lifetime risk for encountering one is as steep as one in two, and causes like sex, exercise and even too-tight clothes can all be the culprits. Eek! Perhaps truer words have never been spoken: There’s nothing peskier than one ruining your day (Okay, maybe being ghosted on ranks up there too). So grab your UTI-fighting beverage (really!) and dork out on these neat findings.

New and cutting-edge research from the University of Virginia is giving us insight into why defeating a UTI in its tracks is such a struggle. The answer? Small and springy coils. As it turns out, around 80 percent of UTIs stem from a certain type of bacteria that scientists have just discovered is a tentacled wonder: Pili, or hairlike structures that hang on the surface of bacteria, and in this case help the bacteria attach super strongly to your urinary tract and anchor themselves like Miley to a piece of acrobatic fabric on stage. Basically, they cling and coil so darn fiercely, they aren’t knocked out when you pee, allowing them to flourish. You’ll want to check out a cool video from UVA of the neat science.

So what’s this mean to you? Thanks to this new view of the coiled shock absorbers that allow UTIs to be so infective, scientists will be able to use the findings to create new therapeutic approaches and drugs to battle your favorite Long Run Leech, First Date Foe and Work Presentation Whippersnapper. Hallelujah! Now that’s something we’d love to get a firm grip on. Got a UTI? Until science kicks in making use of some of these innovative findings, nutritionist Lisa Hayim, registered dietitian and founder of The Well Necessities, shares her five tips for outsmarting the infection.

1. Add vitamin E to your diet. “Small studies have showed that supplementation of vitamin E has had a significant effect in lessening the signs and symptoms of a UTI,” offers Hayim. Where to start? “Some great sources that easily integrate into your diet [are] wheat germ on yogurt, sunflower oil or a handful of almonds.” Off we go to reach for our pumpkin spiced almonds, natch…

2. Get smart about prevention. “Bladder conditions which include UTIs are highly prevalent,” says Hayim. We know it’s a bummer, but you can take some steps to help shield yourself: “Some factors can increase the risk or severity of the infection, where [others] can be protective. Some basic behavior factors, such as smoking and obesity, increase the risk of these conditions. Pelvic floor muscle exercises, however, have been found to be protective [against UTIs].” Maybe it is time to invest in that kegel tracker after all.

3. Limit the amount of pork and chicken you eat. “One study found that retail pork and poultry could provide an anti-microbial resistant (E.Coli) UTI. When clients come to me with recurrent UTIs, for precautionary measures, I recommend keeping the poultry and pork intake to two times a week for one to four weeks, and then evaluating to see if there are any changes.” If you suffer from frequent UTIs, you might want to see if this works for you.

4. Yes, get some cranberries in your system. Don’t knock it because you’ve heard it before (times two hundred), but it’s best for prevention, not treatment. “Cranberries are a popular alternative medicine for preventing UTIs. Regular drinking of cranberry juice may reduce the recurrence of urinary tract infections,” comments Hayim. But important to note: “Many studies have shown no benefit once you already have a UTI; small studies have demonstrated a small benefit for women who already have the UTIs as a form of treatment.”

5. Try some probiotics. “Probiotics are live microorganisms or microbial mixtures given to improve the patient’s microbial balance, particularly in the vagina,” comments Hayim. “The use of the strain lactobacilli, specifically, has been considered for preventing UTIs. While additional studies are needed to confirm this, effective use of probiotics could decrease a woman’s exposure to E.Coli in the first place.”

So tell us: What’s your least favorite, cringe-worthy health ailment you want us to report on? Tweet us @BritandCo!