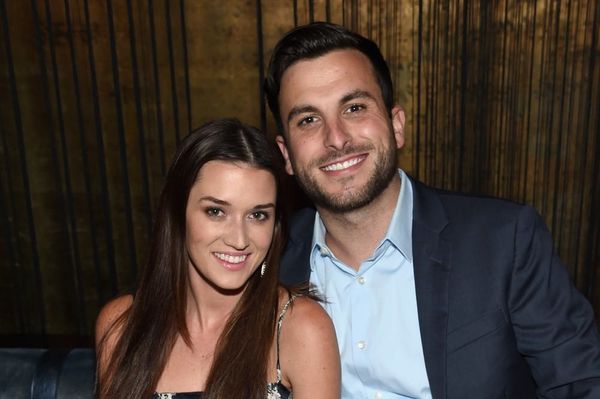 Bachelor in Paradise stars Jade Roper and Tanner Tolbert recently revealed that they are excitedly expecting baby number two. And as they prepare to welcome the new addition, they’re opening up for the first time about a previous pregnancy that resulted in miscarriage very early on in their relationship.

“I had a miscarriage,” Roper wrote on Instagram. “These words have burned inside me for over three years. I was honestly so scared to share our story, because I have always had this inner voice that’s said I don’t matter as much, especially when it comes to my struggles or my pain.”

The Bachelor in Paradise season 2 contestant went on to reveal that she and her now-husband first conceived while filming the show in 2015. “I’ve been keeping this weight for a long time, but being pregnant with our second child, all these emotions have been on the surface for me,” she continued. “I just felt it was time to get it out of me and share our story and honor our baby.”

The couple further opened up about the vulnerable time in a YouTube video. “To be honest, my first reaction [to the pregnancy] was, ‘Really? Oh sh*t,'” Tolbert admitted in the video. “Here we are, we just got engaged — on a TV show — [and] I was still getting to know Jade, in all honesty. … We were still navigating [what our next steps were].”

Because of the pregnancy, the couple decided to fast-track their life plans, and Roper moved to Kansas City. She suffered a miscarriage a short time later, but she says she didn’t truly grieve the loss until after they welcomed their first child, a daughter named Emerson, in August 2017, more than a year-and-a-half into their marriage.

“It wasn’t really until after I had Emerson that I realized how much I love my child, and how amazing of a miracle it is. I think I really grieved that [lost] child much later,” an emotional Roper said through tears. “I think when a miscarriage happens, one of the things we ask ourselves is, ‘Why?’ … It’s something I’ve wondered a lot about, but you have to trust that everything happens in its own timing, and for a reason.”

She added that she hopes their story will help other people who have experienced a similar loss. “I want anybody who’s gone through this to know they’re not alone,” Roper said. “And you can get through it.”

(Photo via Jamie McCarthy/Getty Images for WE tv)