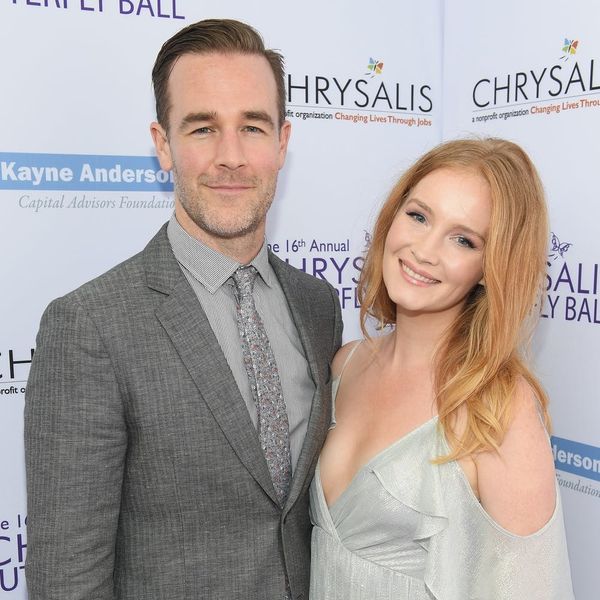 James Van Der Beek is about to be a dad… AGAIN! The actor revealed on Friday that he and his wife, Kimberly, are expecting their fifth child.

Van Der Beek — who is currently filming Ryan Murphy’s new FX series Pose — made the big announcement on Instagram, posting a pic of his four beautiful children surrounding their mom, who is seen resting on a bed while showing off her growing baby bump. While the three girls put their hands on their mama’s tummy, Van Der Beek’s son flashes a sweet smile at the camera.

Thrilled beyond belief to announce that we are once again adding to our family 😍 And I say “beyond belief” because some people are probably wondering if we’re out of our minds. Which we might very well be... but I couldn’t be more excited. Or grateful. Or in awe of @vanderkimberly 🙌🏻 ❤️❤️❤️❤️❤️

The 40-year-old former Dawson’s Creek star added the caption, “Thrilled beyond belief to announce that we are once again adding to our family 😍.” He hilariously added, “And I say ‘beyond belief’ because some people are probably wondering if we’re out of our minds. Which we might very well be… but I couldn’t be more excited. Or grateful. Or in awe of @vanderkimberly”

James and Kimberly Van Der Beek have been married since 2010 and are already the proud parents of seven-year-old Olivia, five-year-old Joshua, four-year-old Annabel Leah, and one-year-old Emilia. And while that might seem like a full house, it sounds (and looks) like this brood is ready to welcome (at least) one more smiling face into their home.

Congratulations to the excited family!

Do you (or would you) have five or more kids? Let us know @BritandCo!

Desiree O
Desirée O is a ‘Professional Bohemian’ who loves anything and everything related to the arts, entertainment, and pop culture. She ADORES being a ‘Newsy’ for Brit + Co, covering all of the latest tidbits of awesomeness that you want to read about. When she’s not writing, she’s either making messy art, going on long adventurous walks with her camera, or poking around over at bohemianizm (http://www.bohemianizm.com/). You can find out about Desirée O and her work at http://DesireeO.com/ or follow her on Twitter @DesireeO.
Pregnancy Announcements
Celebrity News
Pregnancy Announcements
More From Celebrity News