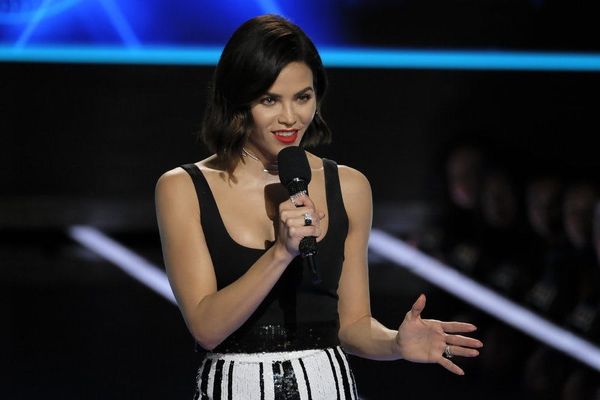 A change is underway for Jenna Dewan. The actress revealed on Monday, October 1, that she will not be returning to host World of Dance after season 2, which wrapped up in September.

“Hi to my World of Dance lovers!” she started her announcement, written in an Instagram caption of a photo of her posing on the TV set. “I have some news to share: I will not be returning to the show as host for season 3. But! I won’t be able to stay away for long, and plan to return to mentor contestants as much as possible.”

She went on to praise her costars on the series, writing, “It has been an absolute thrill to be a part of this incredible, groundbreaking show from the very beginning, and I am forever grateful to my @nbc family, @jlo, @derekhough @neyo and everyone involved in this journey. We are changing the dance world and giving opportunities to dancers in ways I’ve only dreamed of! Can’t wait to share more news with you soon. Much love to everyone.”

Dewan was the host of the show for seasons 1 and 2, coming on board when it first premiered in May 2017. Earlier this year, the series received an early season 3 renewal, and just hours after Dewan made her departure announcement, judges Jennifer Lopez, Derek Hough, and Ne-Yo took to J.Lo’s Instagram for a candid group selfie to reveal that they were back at work on the upcoming new season.

In addition to returning to World of Dance as a mentor in the future, Dewan is flexing her TV acting muscles, appearing in a recurring role in The Resident, which is currently airing its second season on Fox.

Will you be sad to see Jenna Dewan leave World of Dance? Let us know @BritandCo!