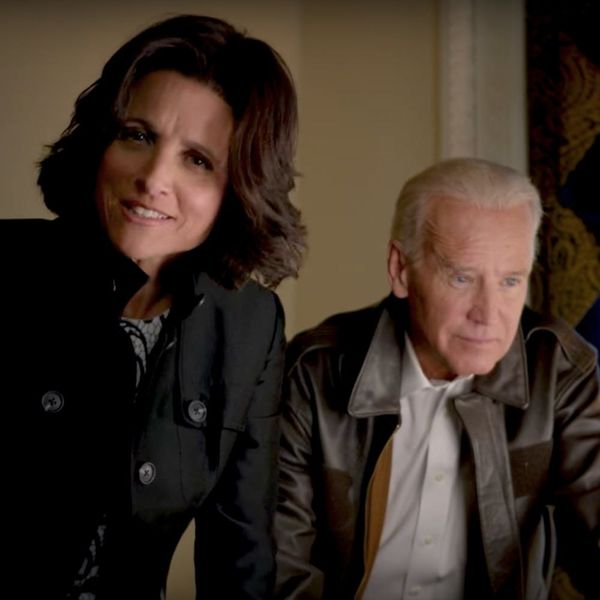 The entertainment world was shocked and saddened this week to learn that Veep and Seinfeld star Julia Louis-Dreyfus had been diagnosed with breast cancer. After she made the announcement, support poured in on social media. She even got a special shout-out from former Vice President Joe Biden.

We Veeps stick together. Jill and I, and all of the Bidens, are with you, Julia. pic.twitter.com/JP0c2wtrJ6

“We Veeps stick together,” Biden tweeted, along with a photo of the two of them from the parody video they filmed for the 2014 White House Correspondents Dinner. “Jill and I, and all of the Bidens, are with you, Julia.”

Like so many people, Biden has been closely affected by cancer — his son, Beau, died of brain cancer in 2015. Earlier this year, Joe and wife Jill launched the Biden Cancer Initiative in his honor to help progress cancer prevention, detection, treatment, and care.

.@JoeBiden yes we do. Love back to all of you https://t.co/Vgwm0Vxgsc

Louis-Dreyfus responded with a positive, “Yes we do. Love back to all of you.”

Louis-Dreyfus also used her announcement as an opportunity to make a statement about health care, underlining the fact that she was lucky to have it. “The good news is that I have the most glorious group of supportive and caring family and friends, and fantastic insurance through my union,” her announcement said. “The bad news is that not all women are so lucky, so let’s fight all cancers and make universal health care a reality.”

According to The Hollywood Reporter, Louis-Dreyfus received her diagnosis just one day after making Emmys history with her sixth consecutive best actress in a comedy win.

Veep is set to start filming its seventh and final season in the coming months. HBO says they will adjust the production schedule accordingly, and that they “have every confidence she will get through this with her usual tenacity and undaunted spirit, and look forward to her return to health and to HBO for the final season of Veep.”

Do you know anyone who has been affected by breast cancer? Let us know @BritandCo.