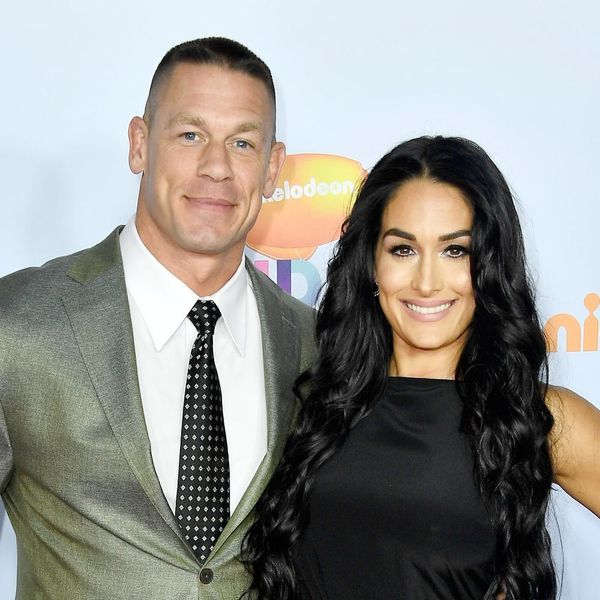 Anyone watching Wrestlemania 33 may have expected body slams, tag teams, and plenty of attitude, but we’re pretty sure that no one was expecting a proposal. And that goes for WWE star Nikki Bella, whose bae and fellow wrestler, John Cena, popped the big question to her last night while in the ring! And while viewers may have at first wondered if the entire sitch was just for show, one very surprising detail confirmed that it was the real deal.

Having just defeated The Miz and Maryse pair in a co-ed tag team match with his love, 33-year-old Nikki Bella, 39-year-old John Cena shocked everyone when he suddenly took a knee with a ring in hand. Nay-sayers may have groaned and claimed it was all part of the performance at first, but then something very interesting happened.

I always knew it @JohnCena @BellaTwins I couldn't be happier 😍 My Parents are engaded 👏 #Wrestlemania pic.twitter.com/fjUQglSKq3

After telling his love that he’d been “waiting so long to ask,” Cena didn’t actually ask Nikki Bella to marry him; he asked Stephanie Nicole Garcia-Colace to marry him. Using her real name instead of her “ring name” let fans in on the fact that this was 100 percent real.

When Bella/Garcia-Colace said yes (eee!), screams and cheers roared from the crowd. And they’re not the only ones who were thrilled by Bella’s answer and the surprisingly romantic moment…

I want to thank my always expressive "family" the @WWEUniverse for allowing me to have a #WrestleMania moment that I will NEVER forget!

Would you prefer your bae to use your real name or nickname (i.e. the name you might use more often) during your proposal? Let us know @BritandCo!