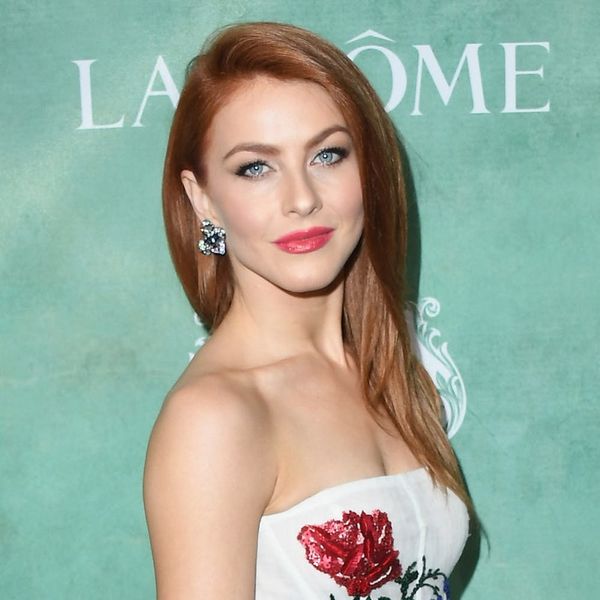 Endometriosis, a painful condition where the endometrium lining tissue grows outside of the uterus, afflicts about one in 10 women. Triple-threat celeb Julianne Hough is one of those women who suffer through the symptoms of the disorder every month, and unfortunately, like many women, she went undiagnosed for a long time.

“I first started experiencing symptoms of endometriosis when I was 16, but I obviously had no idea it was endometriosis,” Hough, who is currently working with SpeakENDO to raise awareness on the condition, tells us. “I thought it was the normal wonders of being a woman, and the pain that comes with having a period.” When she moved to LA at age 18, Hough learned about the condition from her roommate who suffered from it, though initially, she brushed it off. “That sounds like me, but endometri-what? That sounds way too complicated and over my head. Plus, I’ve got stuff to do. So I just ignored it, kept going, and when I was 20 years old in 2008, that was when I had one of my episodes and I had to figure out what was going on. That’s when I got my proper diagnosis, but I’d lived with the symptoms and pain for years.”

When it comes to mitigating the pain, Hough has a few go-to methods she uses to cope. “I think exercise is super important. I think when my body is in motion, [it] gets the blood flowing,” she tells us. “I do hot yoga, I do dance cardio, I go to training night, which is a sort of high-intensity circuit training. I think doing something that gets your body moving and warm is helpful.”

The self-professed “avocado freak” also turns to her fave green fruit as a source of comfort. “I listen to my body. When I feel like I want something, I’ll eat it,” she says with a laugh. “I’ll just cut it right in half, put a little bit of olive oil, salt and pepper, and bam, eat it right out of its shell. So good. Put a little bit of turmeric on there.”

Aside from debilitating cramps, however, endometriosis can also sometimes lead to scarring and difficulty conceiving, though Dr. Rebecca Brightman, an OB/GYN at East Side Women’s OBGYN Associates in New York City, assures us that’s not always the case. “Just because somebody has endometriosis does not mean they’re going to have issues with fertility. Unfortunately, some women who have infertility may be discovered to have endometriosis,” she says. “The good news is, on the offhand chance that is the case, there are so many options available for women for treating endometriosis and infertility. I think the most important thing is that at any given time, women should feel their best and do whatever it takes to feel their best.” She stresses that women with endometriosis who hope to start a family shouldn’t worry too much about it before the time comes, and instead focus on finding a physician they can trust, and then, together, plan for the future.

As for Hough, she seconds that view. “There are different situations for each person. For me, I feel very happy and content with where I’m at, personally, but each patient and each person is different.”

Want to learn more about endometriosis? Check out SpeakENDO and tweet us @BritandCo!

Kimberly Wang
Kimberly Wang writes about all things pop culture, tech, style, and beauty. She's a Bay Area transplant and has an MFA in Creative Writing from Columbia University. On a sunny New York day, you can find her hanging out with her mini schnauzer Isabelle Jellybean on a blanket in Central Park.
Comfort Food Recipes
Health
Comfort Food Recipes Period Womens Health
More From Health