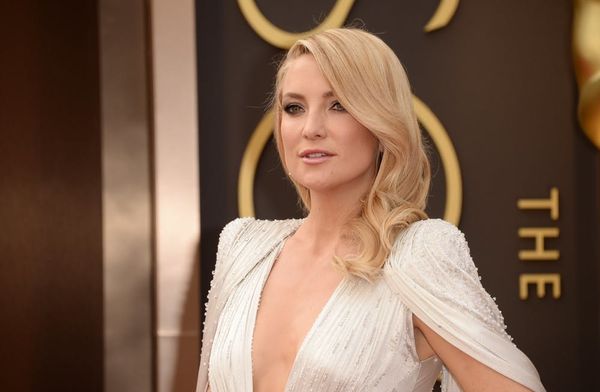 Since its release 20 years ago, 10 Things I Hate About You has become one of the defining teen rom-coms of the ’90s. We love it for a lot of reasons — including its message of consent — but one of the main draws is the chemistry between Julia Stiles and Heath Ledger. According to the filmmakers, though, there were some other big names in the running for their roles.

“We screen-tested Josh Hartnett, Eliza Dushku, Heath, and Julia,” a casting director on the film, Marcia Ross, told the New York Times. “But Julia and Heath just had the best chemistry together.”

Ross also revealed two other leading ladies who came close to playing Stiles’ role. “I loved Katie Holmes. She was about to get Dawson’s Creek, and we had to make a decision really fast,” she recalled. “The other person I loved was Kate Hudson. But her mom [Goldie Hawn] didn’t like the script for her, so she passed.”

Stiles played the lead role of the uptight and antisocial Kat Stratford in the modernization of William Shakespeare’s The Taming of the Shrew. Larisa Oleynik played her more popular and outgoing younger sister, Bianca, though she also revealed to the NYT that she was more interested in — and auditioned for — Stiles’ role.

“I think I was so obsessed with wanting to prove to them that [Kat] was who I was, that by the time I’d get to the Bianca stuff, I’d be like, ‘Oh, yeah, sure, whatever,'” she said. “And I’m sure that’s why it worked, because I was super-relaxed about it.”

Holmes and Hudson, for their part, have had their own successful careers in the last two decades. Holmes ultimately did land the role of Joey Potter on the WB’s Dawson’s Creek, which she played from 1998 to 2003. She also headlined a number of other teen-centric feature films, including Disturbing Behavior, Go, and Teaching Mrs. Tingle. And Hudson landed a breakout role as Penny Lane in Almost Famous shortly after declining to appear in 10 Things.

RELATED: Gabrielle Union’s 10 Things I Hate About You Throwback Pic Is All About That ’90s Nostalgia