This New Celeb Couple Was Just Spotted on the Campaign Trail 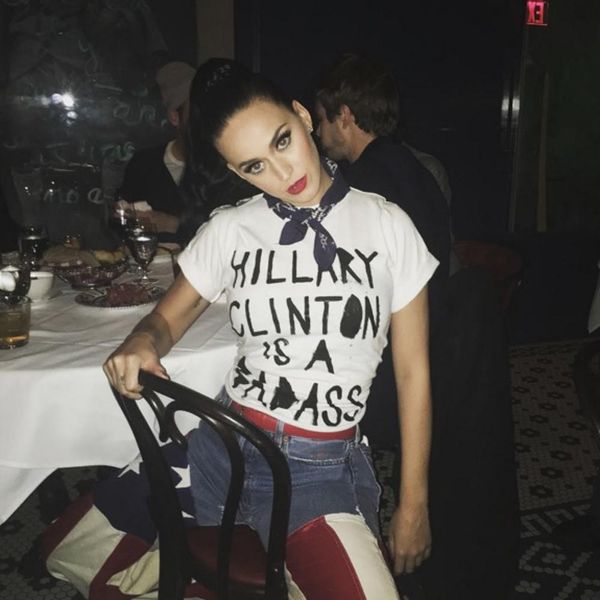 Katy Perry and her new fella, Orlando Bloom, haven’t exactly been shy about showing off their new relationship. They practically made the paparazzi giddy by spending February together in Hawaii. But now, the superstar couple has taken things to an entirely new level… politically, that is. While Katy performed as part of a Hillary Clinton rally Wednesday night, her new lover boy was spotted supporting her in the crowd — making them the latest A+ duo to hit the campaign trail.

Dressed in patriotic stars and stripes, Katy belted out fierce tunes including “Firework” and “Roar” for a pumped up crowd at Radio City Music Hall in New York. She also posted a pic to her Instagram account, showing off what appears to be a DIY campaign t-shirt letting everyone know her thoughts on the possible future prez.

What are your thoughts on celebrities popping up on the campaign trail? Tweet us @BritandCo!