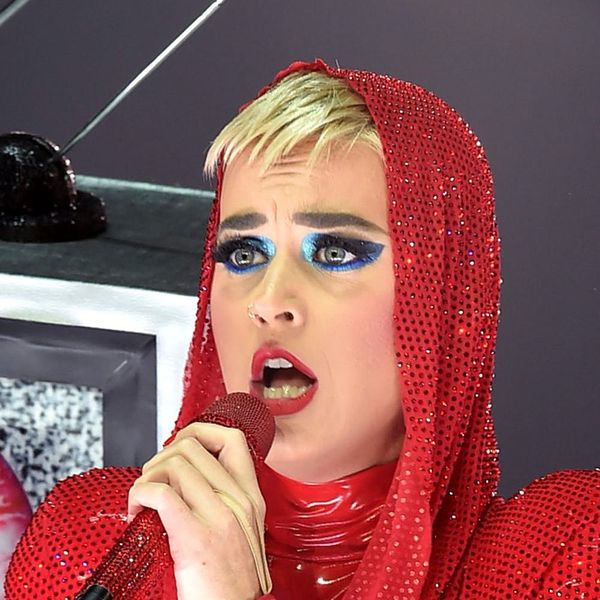 There’s chaos in the land of the angels! With just days to go before the November 21 taping of the annual Victoria’s Secret Fashion Show (airing live November 28), the list of participants is whittling before our very eyes. Yesterday, Gigi Hadid announced she will not be walking, with rumors swirling that four other Russian models, including Irina Sharipova, Julia Belyakova, Dasha Khlystun, and Kate Grigorieva would also be cut from the lineup after reportedly being denied visas to China. Now, Katy Perry — who was slated to perform at the show — will reportedly join the roster of those on the restricted list, thanks to a costume the pop star wore back in 2015.

According to a report from Page Six, Shanghai government officials banned the Roar singer from entering the country due to a sparkly sunflower-emblazoned dress the 33-year-old donned during a 2015 performance in Taiwan’s capital of Taipei. “Her outfit wound up causing widespread outrage because the sunflower had been adopted the year before by anti-China protesters,” the outlet writes.

Perry, 33, also reportedly waved a Taiwanese flag during the show, a country that has been sparring with China for years.

Page Six says the 2010 VS fashion show headliner was initially granted access into Shanghai, but has since been nixed after the government “caught wind” of the outfit. Yikes!

Though nothing has been confirmed by Perry’s rep or VS officials, Harry Styles and Miguel will reportedly perform in her stead.

Do you have something to say about the Katy Perry controversy? Tweet us @BritandCo.