Gigi Hadid, Irina Sharipova, and 4 Other VS Models Will Not Walk in This Year’s Fashion Show 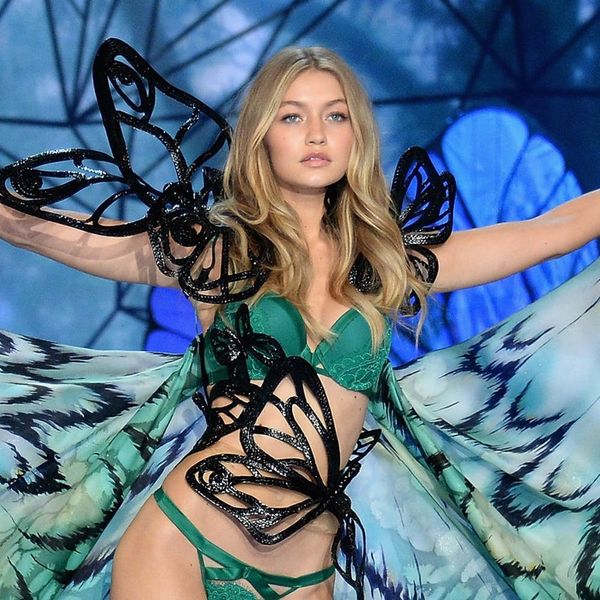 The Victoria’s Secret fashion show will be down a few wings this year. Gigi Hadid, who was set to strut her stuff alongside sister Bella Hadid for the third year in a row on CBS come November 28, just announced on Twitter that she will not, in fact, walk in this year’s show.

The 22-year-old tweeted to her followers: “I’m so bummed I won’t be able to make it to China this year. Love my VS family, and will be with all my girls in spirit!! Can’t wait to tune in with everyone to see the beautiful show I know it will be, and already can’t wait for next year! :) x.”

I’m so bummed I won’t be able to make it to China this year. Love my VS family, and will be with all my girls in spirit!! Can't wait to tune in with everyone to see the beautiful show I know it will be, and already can't wait for next year! :) x

She’s not alone. With the show taking place in Shanghai, China, for the first time ever, it seems that there have been a few bumps in the road to the runway. Several more of the scheduled models, including Russian models Irina Sharipova, Kate Grigorieva, Julia Belyakova, and Dasha Khlystun, have had to drop out at the last minute, reportedly due to denied Chinese visas, though the brand has not confirmed this information and Bekyakova posted just hours ago that she was “coming for” Shanghai.

Forever and ever and ever a dream come true to be asked back to the VS Show !!! 🙌🏼 Thank you my friends @ed_razek @10magazine @johndavidpfeiffer @monica.mitro for another unforgettable opportunity; every aspect makes me feel like a dreaming kid again 🕊🕊🖤 (as shown here at last year's fitting, by @jeromeduran)! ☁️ @victoriassecret #VSFS2017

No reason has been given as to why Hadid will not be walking, either, though the supermodel came under fire earlier this year after she appeared in what many felt was a racially insensitive video that saw her mimicking the the facial expression of a Buddist-shaped cookie on her sister Bella’s Instagram Story. Gigi apologized on Weibo, a Chinese social media site similar to Twitter, but received criticism from followers who believed she should have apologized on all of her social media accounts.

Teen Vogue has another theory entirely, however, reporting that as her star continues to rise, her calendar is simply too full to fit the show in. Between her capsule collections with Tommy Hilfiger and Maybelline, editorial and advertising campaigns, and her new Stuart Weitzman shoe launch, it would certainly make sense that a week in Asia right before the holidays simply isn’t in the cards for the elder Hadid sis.

Still, there will be plenty to watch: Bella is still slated to walk in the show, as she confirmed via Instagram, writing, “5 DAYS” (the show tapes on November 21).

There’s also this year’s $2 million Fantasy bra as worn by Lais Ribeiro, to swoon over, and the “crystal anniversary” look Swedish model Elsa Hosk will don, which includes a 14lb wing set featuring 275,000 Swarovski crystals and more than 200 yards of woven fabric, making them one of the blingiest items VS has ever sent down the runway.

Are you bummed that Gigi won’t walk in the show? Tell us @BritandCo!

With additional reporting by Kat Armstrong

Arielle Tschinkel
Arielle Tschinkel is a pop culture junkie who went to NYU because the Olsen twins went to NYU (really). She is a freelance writer whose work has also been featured on HelloGiggles, Refinery29, SheKnows, Bustle, Hollywood.com, and many others; and she's living her dream one Britney Spears GIF at a time. Follow her on Twitter @mrstschinkel or visit her website at arielletschinkel.com.
Style
Style News
Style