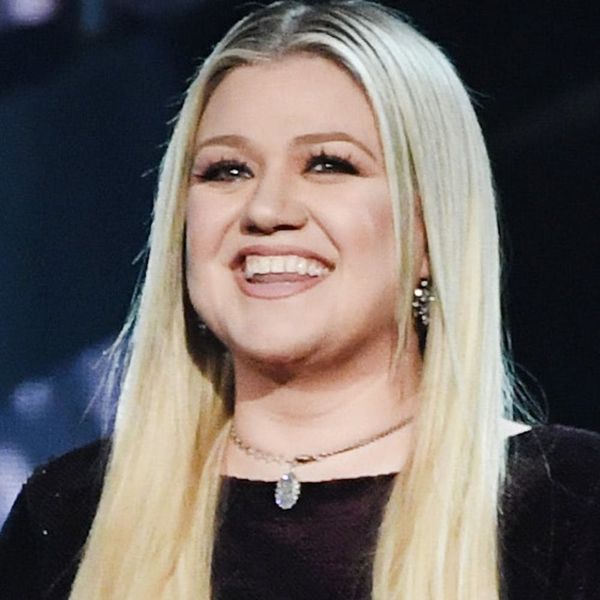 Kelly Clarkson is living proof that you don’t need to make a big change to your look to have a massive impact. While stepping out for a performance at the UCLA Jonsson Cancer Center Foundation’s 23rd Annual Taste for a Cure Event, the mama of two showed off a subtle change to her appearance that packed a huge punch.

The “I Don’t Think About You” singer looked ravishing in an Elie Saab LBD with a cutout sweetheart neckline and Alice + Olivia heels.

It was her new blonde fringe, however, that had us doing a double take.

The look, styled by Robert Ramos of Ramos Carreon Salon, was a striking departure from the center-parted style she was sporting as recently as Thursday, when she hit up The Ellen Show to talk about her bossy toddlers.

While not as drastic as the hair breakover Kendra Wilkson debuted this week or the life-changing chop Iggy Azalea made to her signature flowing mane, it was still enough of a change to freshen things up for The Voice judge.

Still, it’s not the first time the singer has rocked the banged look: Back in 2012, she sported a straight-across version of the ‘do, albeit in brunette.

Are you loving Kelly’s new bangs? Sound off over @BritandCo.