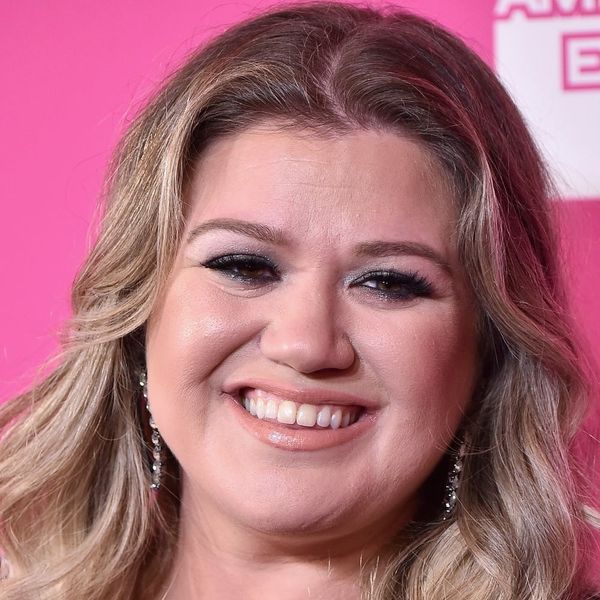 Kelly Clarkson was all smiles at Billboard’s 2017 Women in Music Awards Thursday night, but the evening prior, she had quite the scare, as she revealed to Extra on the red carpet.

When asked about the incredible moment in time the 35-year-old seemed to be having as of late (you might recall the amazingly heartfelt performance she opened the AMAs with alongside Pink), she replied, “Other than that we got robbed last night.”Yikes!

The “Love So Soft” singer went on to reveal that she recently returned to her abode only to find it in disarray. “Yeah, it was crazy, we got here, and our whole house was bashed in,” she said.

Though she didn’t disclose exactly what was taken, she did shed some light on the intensity of the situation, saying, “Materialistic things we didn’t care about, but it was just, the guy was in our kids’ room, so it was just like, one of our kids, so that was a little weird.” *Shudder*

Luckily, the Grammy nominee, who’s up for Best Pop Performance this year, said that “Everyone is safe and good,” now, and sans for the breach of security, things indeed are looking up. “Other than that little hiccup, everything has been really, really great in our lives,” she mused. “And we’re really blessed, and grateful — even in that scenario, we weren’t in the house, which was a blessing!”

We’re so happy to hear that Kelly and her family are all a-okay!

Which artist do you think should take home the Best Pop Performance Grammy? Tell us over @BritandCo.

Nicole Briese
Nicole is the weekend editor for Brit + Co who loves bringing you all the latest buzz. When she's not busy typing away into the wee hours, you can usually find her canoodling with her fur babies, rooting around in a bookstore, or rocking out at a concert of some sort (Guns N' Roses forever!). Check out all her latest musings and past work at nicolebjean.com.
Celebrities
Celebrity News
Celebrities Music