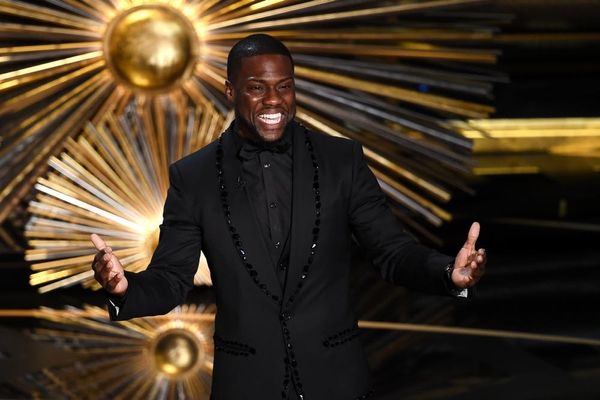 Earlier this week, the Academy announced that Kevin Hart would host the upcoming 2019 Oscars. But just a few days later, the comedian has pulled out of the gig after old homophobic tweets of his resurfaced and caused a major uproar.

“I have made the choice to step down from hosting this year’s Oscars,” Hart tweeted early Friday morning. “This is because I do not want to be a distraction on a night that should be celebrated by so many amazing talented artists.”

Hart went on to apologize for the anti-gay language he used in tweets dating years back, which have since been deleted. “I sincerely apologize to the LGBTQ community for my insensitive words from my past,” he said. “I’m sorry that I hurt people. I am evolving and want to continue to do so. My goal is to bring people together not tear us apart. Much love and appreciation to the Academy. I hope we can meet again.”

The controversy began shortly after Hart was announced as the host for the 91st Academy Awards, which are set to take place in February 2019. After screencaps of Hart’s offensive tweets circulated online, the comedian responded with an Instagram video in which he told people to “stop looking for reasons to be negative,” implying he had grown and matured since making the anti-gay comments.

He later posted a second video saying that the Academy had called him with an ultimatum: Apologize for his past actions, or be ousted as host. Hart said that he “chose to pass” on the apology, because he felt as though he had sufficiently addressed the issue. Shortly after, he tweeted that he was stepping down.

Some prominent members of the LGBTQ+ community, including comedian Billy Eichner, were vocal in their disapproval of Hart’s initial refusal to say he was sorry. Eichner later accepted the comedian’s apology, tweeting, “I’m no saint. We just wanted a little understanding, a little explanation. Apologies are tough — they leave you vulnerable. Toxic masculinity is real. I deal with it in my own way too. So on that note, I appreciate @KevinHart4real apologizing. And apology accepted. That’s all.”

The Oscars have yet to name a replacement host for the 2019 telecast.

What did you think of the situation with Kevin Hart? Let us know @BritandCo.