Khloé + Lamar: We Get a Pro’s Advice on What to Do With a Second Chance 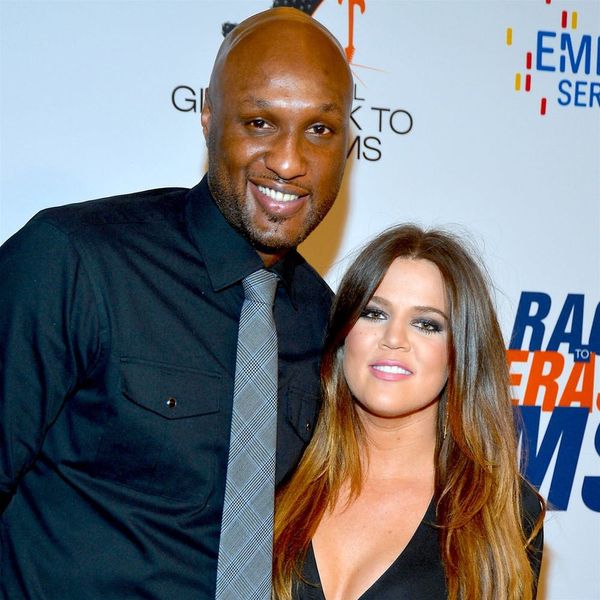 If you have been following the headlines in pop culture lately, you know that the Kardashian-Jenner clan have gone through a tumultuous couple of weeks. Lamar Odom, Khloé Kardashian’s ex, was hospitalized after being found unconscious on October 13. Khloé and the rest of the family rushed to be by his side, with Kim even cancelling her baby shower to be there to support her sister. Just this week, news broke that the couple’s divorce petition, which had been backlogged in the courts, was withdrawn. It appeared that in the midst of crisis, Khloé and Lamar decided to give their marriage another shot.

In the press, Khloé has always been very up front about her stance on their marriage. “I will never ever not love Lamar,” she had told E! News’ Maria Menounos back in April. “I was so obsessed with him in a healthy way. He was my husband, and I still wish he was, and I don’t think there’s anything wrong with that.”

Khloé and Lamar are by no means the first (famous) couple who have gotten back together after legal separation and even divorce proceedings. Back in 2008, after an 11 month separation, Pink and her former motocross-racer, current off-road truck racer husband Carey Hart decided to reunite. They’ve since added to their family when they welcomed their daughter Willow Sage in 2011. But after the 2015 Summer of Celebrity Break Ups, we’re left wondering how common is reconciling after separating — and what does that ultimately mean in most relationships? We spoke to a licensed marriage and family therapist to find out more.

“From a handful of studies ranging from the late 1970s to 2010s, various factors considered — such as the gender of the partner initiating the reconciliation, whether one or both partners want to reconcile, age of marriage, race and socioeconomic status, etc. — researchers estimate that about 10 to 15 percent of couples reconcile after separating,” says Amy Wu, M.S., LMFT, psychotherapist who runs a private marriage and family counseling practice in Chicago. “There isn’t much research on what leads couples to decide to reconcile, whether their reconciliations are successful or what impact couples therapy might have during this process.”

A 2011 study of 2,484 divorcing individuals in Minneapolis county published in the Family Court Review had some interesting finds. When participants were asked whether they thought their marriage could still be salvaged, 14.4 percent of the individuals marked “maybe” while 11.5 percent said “yes.” One rather surprising revelation was that males were more likely to check “yes” or “maybe” — at 17 percent for “maybe” and 12.5 for “yes.” Women were on average much less likely to consider reconciliation with 12.4 for “maybe” and only 8.2 percent saying they thought perhaps their marriage could still be saved. But of course, this study is only a small sample of the population.

But what is a couple to do once they decide to give their marriage another go? “I view a couple’s decision to reconcile as a great window of opportunity for further growth in the relationship. I would strongly recommend engaging in couples therapy, if they haven’t already, to highlight the positive aspects that influenced their decision to remain together,” Amy tells us. “This can help each partner to rediscover what he or she appreciates and loves about the other. At the same time, the couple would also need to take an honest look at what led to their original decision to separate — whether it was infidelity, substance use, unhealthy communication patterns — and make an active effort to address these issues. If not, they run the risk of falling into the same negative dynamics that had threatened to separate them.”

To reiterate, an honest approach, spotlighting the aspect you love about one another and addressing issues are crucial for healing. Relationships are hard work and second chances don’t come easy. Khloé and Lamar (and everyone else out there figuring things out), we’re rooting for you.

Do you have any experiences or advice you’d like to share with us on the subject? Tell us in the comments below!

Kimberly Wang
Kimberly Wang writes about all things pop culture, tech, style, and beauty. She's a Bay Area transplant and has an MFA in Creative Writing from Columbia University. On a sunny New York day, you can find her hanging out with her mini schnauzer Isabelle Jellybean on a blanket in Central Park.
Kardashians
Relationships
Kardashians Love Marriage