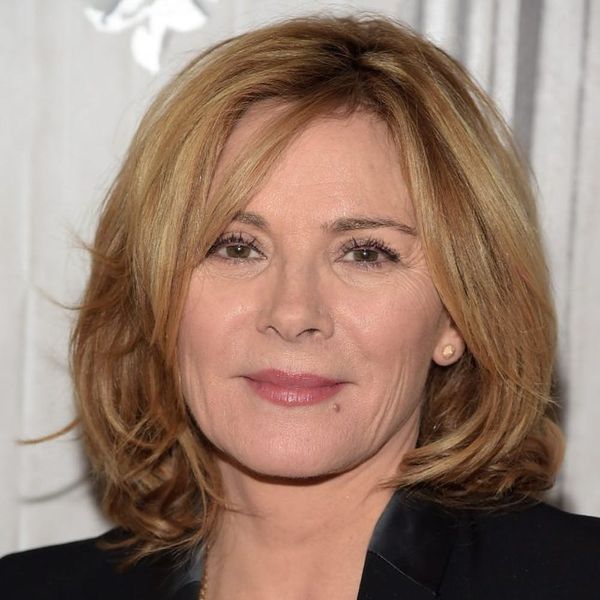 After months, no, years of speculation and buzz surrounding the possible release of a Sex and the City 3 movie and the return of the show to TV, Kim Cattrall, AKA Samantha Jones, just shared some seriously exciting news on Twitter about a potential series spinoff (!!!).

It all started when the Wendy Williams Show aired a segment (then tweeted it) discussing a potential SATC spinoff based entirely on the life of Samantha Jones. Kim saw the tweet, replied, and well, extreme happiness ensued.

I'm so unbelievably flattered & moved @WendyWilliams Can't WAIT 2 get back 2 the serious business of making u all laugh! Fingers x'd. https://t.co/whYYYzJOoV

“I’m so unbelievably flattered & moved @WendyWilliams,” Kim tweeted. “Can’t WAIT 2 get back 2 the serious business of making u all laugh! Fingers x’d.” Hold on… fingers crossed? That must mean she’s hiding something up her sleeve, right? RIGHT?!

OMG. So this pretty much confirms a Sam Jones SATC spin off is imminent!

A fan named Stevie tweeted our very thoughts, quoting Kim’s original response to Wendy and writing: “OMG. So this pretty much confirms a Sam Jones SATC spin off is imminent!” (We sure hope so, @_stiggy!) Further proof that Samantha might be coming back to TV came when ― get this ― Kim answered.

Once again, she made our hearts skip a beat with her super short but very telling response: “Fingers x’d.” There it is again: our fave new phrase! Seeing as 2018 will mark the 20th anniversary of the smash hit show’s premiere on HBO, it seems like the perfect time for a spinoff, no?

Would you watch a SATC spinoff starring Samantha Jones? Tweet us @BritandCo.