Kim Kardashian Ate Her Placenta — Should You? 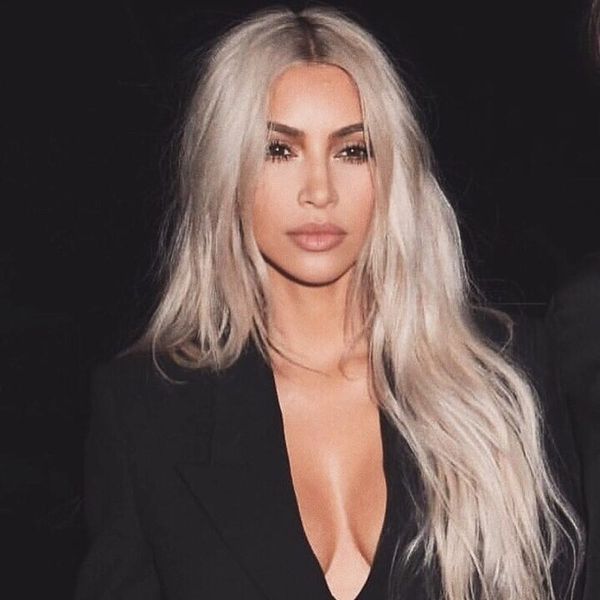 In one particularly infamous episode of Keeping Up With the Kardashians, Kourtney hires a chef to cook and dress her placenta to prank her family members… and they fall for it. While most women don’t broil and season their afterbirth for a sit-down dinner, more and more moms — including Kim and Kourtney Kardashian — are encapsulating their placentas for the alleged mental and physical benefits. Kourtney called her placenta pills “life-changing,” and Kim shared that she felt “so energized” after taking hers.

Though the Kardashians and other celebrities may have popularized placenta consumption, it’s not a new practice. According to the American Pregnancy Association, the custom of consuming one’s own placenta — the organ that allows for the exchange of nutrients and blood between mother and baby — is centuries old, with roots in traditional Chinese medicine. Experts trace American placentophagy (that’s medical speak for consuming one’s own placenta) back to the 1970s, with a surge in popularity seen more recently. In most cases, women hire a professional to dehydrate their placenta and put it into pill form, but others consume it in a smoothie or juice, and, yes — some people actually eat it with a fork and knife, or more inconspicuously hidden in other food.

Moms who take their placentas claim a number of mental and physical health benefits, such as mood support and increased energy. Some say placenta consumption increases the release of the hormone oxytocin, which could help the uterus contract down to a normal size after delivery. Other anecdotes boast reduced risk for postpartum depression, better skin elasticity, and even an increase in breast milk production. All of these alleged benefits could make for a smoother recovery. But what do doctors have to say about it?

My baby girl turned 4 years old today! She's my light & my everything!!! I love you to the moon & back North

At this point, medical professionals simply haven’t done enough research to determine how safe or useful placenta consumption is. While there haven’t been reports of major risks, some women experience dizziness or jitters after taking their encapsulated placenta. In addition, if it’s not stored correctly (a placenta is basically meat and needs to be stored in the refrigerator or freezer like any other meat product), there is always the risk of illness. Experts also say women should never share their placenta (sorry, Kourt) due to the risk of transmitting blood-borne diseases.

Also, keep in mind that like any other supplement, placenta encapsulation is not regulated by the FDA. That means that while the individual encapsulating your placenta may be trained, their practice isn’t governed by law.

Though there don’t really seem to be any major risks for women who consume their own placentas, there isn’t much evidence for positive outcomes, either. One study through the Northwestern University School of Medicine found no data to support anecdotal claims “that eating the placenta either raw, cooked, or encapsulated offers protection against postpartum depression, reduces post-delivery pain, boosts energy, helps with lactation, promotes skin elasticity, enhances maternal bonding, or replenishes iron in the body.”

So, what’s the verdict? Should you follow Kourtney and Kim’s footsteps and ingest your placenta after delivery? The short answer: At your own risk, and only after consulting with your doctor. And whether you opt for a placenta lasagna, a smoothie, or a simple pill, always keep the risks in mind.

Would you eat your placenta, and how? Tweet us your thoughts @BritandCo.