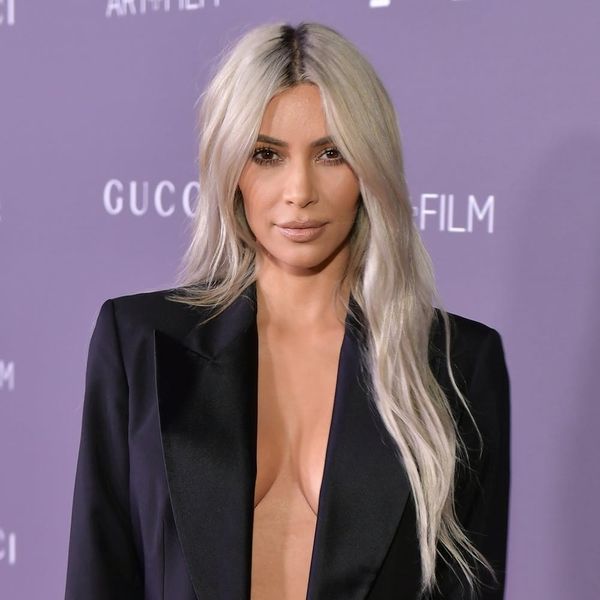 Kim Kardashian West and husband Kanye West welcomed their third child, a daughter named Chicago, via surrogate in January, and have just shared their first photo with her and their other children as a family of five — a photo that, Kim says, was not easy to take.

I don’t think you really understand how hard it is to take a good family pic. This was all we got before all three kids started crying. I think I cried too

“I don’t think you really understand how hard it is to take a good family pic,” she captioned the gorgeous shot. “This was all we got before all three kids started crying. I think I cried too.”

The photo, taken this weekend at the family’s Easter celebration, features Kim, Kanye, and their three children, Chicago, 3 months, North, 4, and Saint, 2, standing against a backdrop of greenery. Naturally, the photo-ready family looks picture-perfect — even if North is the only one with an outright smile (and peace sign, natch) — but Kim provided some behind-the-scenes info on what made it so difficult to capture.

“One hand holding the baby and the other hand grabbing the back of Saint’s shirt because he kept running away, lol,” she tweeted. If you look closely, it does appear that her left hand is tucked behind her son, who obviously isn’t interested in looking at the camera. And if you look even more closely, you can see that North appears to be standing on her mom’s foot. Ouch!

Baby Chicago, meanwhile, seems to be sound asleep in Kim’s arms, but she looks just like her older brother and sister — something we’ve seen in previous Instagram posts from Kim.

Earlier in the day, Kim also shared an adorable snap of Saint petting a baby duckling at the party, and promised more would be released on her app in the coming days.

From us to the Kardashian-Wests, thank you for your sacrifices so we may enjoy this iconic family photo.