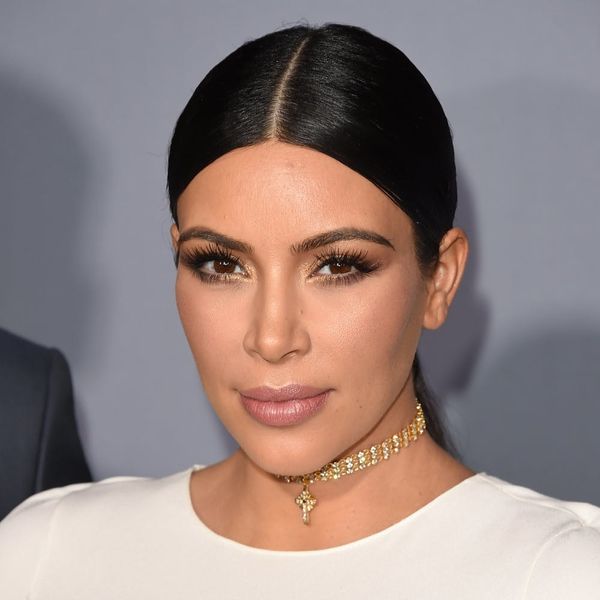 In case you missed it this morning (aka, didn’t read our super-awesome Morning Buzz), Kim Kardashian has blown up the Internet once again with her nakedness. Posting a pic of herself on her Instagram account with platinum blonde hair and wearing zip, zero and absolutely zilch, she carefully blocked out certain, um, sections of the pic while adding the caption, “When you’re like I have nothing to wear LOL”

OMG, the poor woman! Having so little to wear that she actually has to appear on social media butt-a$$ nekkid. You’d think her sisters, who are famous for their walk-in closet selfies, could help her out with an outfit or two, but apparently not.

Thank goodness, then, that there are people like Twitter user Jenna Abrams to come to the celebrity’s wardrobe-lacking aide.

Kim K tweets naked selfie, says she has nothing to wear
Fixed it
You are welcome, @KimKardashian pic.twitter.com/Tg5MxeMo6Y

Helping Kim K out with a Yeezy-styled sweatsuit, the Kardashian sister is now FULLY covered and ready to face the world with some, um, snazzy style.

Do you prefer Kim’s original nekkid pic or the updated sweatsuit version? Let us know @BritandCo!