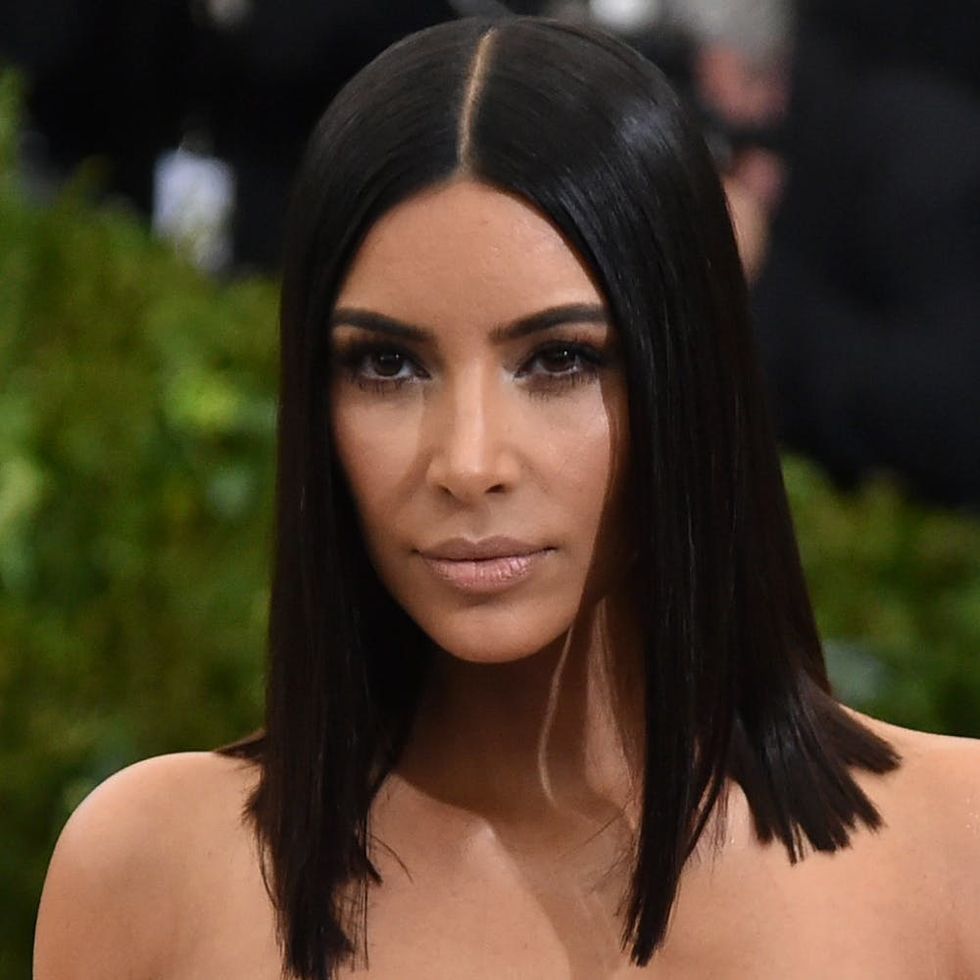 Kim Kardashian West has posed for a LOT of controversial covers in her days. There was that time she went nude for W, or that other time she bared her, er, assets for Paper. Her latest just may be the most shocking of all, and she didn’t need to remove a stitch of clothing to pull it off.

The KKW Beauty founder tweeted a shot of the upcoming Interviewcover in which she looks a bit… different. Posing with daughter North by her side, Kardashian West appears to have taken on the alter ego of another famous fashion icon: Jacqueline Kennedy Onassis.

Shot by Steven Klein, the stunning image features the 36-year-old mother of two sitting primly on a couch in white gloves, pearls, and a white sheath dress (no telling if she’s also wearing the late First Lady’s Cartier watches that she won in auction). She even channels the ’60s beauty with a pale-pink glossy lip and bouffant hairstyle. She also shared black and white snaps of herself caught up in a hug with North and peering out the window.

The photographer gave us some alternate shots from the pictorial, which also shows the Keeping Up With the Kardashians star in Jackie O’s signature sunnies, and another that’s an on-purpose candid of the reality alum in a navy peacoat.

Kardashian West herself makes no mention of Kennedy in the interview, rather comparing herself to yet another White House figure, albeit a fictional one — famed crisis handler, Olivia Pope. “If there’s something being said about my sisters, I’ll be the first to jump in a group. We have family chats that happen all day, every day… I’ll be the first to jump in and say, ‘Guys, I’m seeing this. This is not cool. Tell me what’s going on.’ I’m usually the ringleader for stuff like that and I’ll say, ‘You’re wrong. You need to apologize.’ Or, ‘This needs to be fixed. Everyone just lay low, chill out, don’t say anything. It doesn’t matter if it’s all lies. I know it’s frustrating. I know you want to speak up.’ We always have to remind ourselves of that,” she said in the accompanying interview.

She’s also not here for your criticisms. “I used to say, ‘I love being underestimated.’ But now, 10 years into it, I’m kind of like, ‘Okay, give a girl a little respect,'” Kardashian West reflected. “If I’m so not talented, if I do nothing, then how is my career my reality. And I poke fun at it. Like when I was on the cover of Forbes I posted the hashtag, ‘#NotBadForaGirlWithNoTalent.’”

Do you think Kim took this one too far? Let us know over @BritandCo.

Nicole Briese
Nicole is the weekend editor for Brit + Co who loves bringing you all the latest buzz. When she's not busy typing away into the wee hours, you can usually find her canoodling with her fur babies, rooting around in a bookstore, or rocking out at a concert of some sort (Guns N' Roses forever!). Check out all her latest musings and past work at nicolebjean.com.
Celebrity Style
Style News
Celebrity StyleKardashians