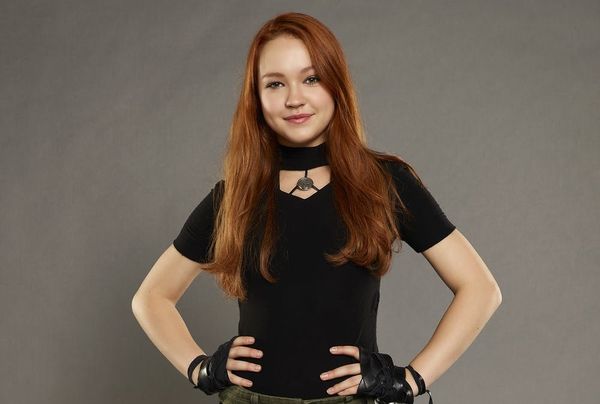 Disney is in the midst of rebooting several of its classic film titles, but that isn’t the only part of your childhood being brought back to life: The beloved animated series Kim Possible is now a Disney Channel Original Movie, and the first trailer will have you feeling SO nostalgic.

“So a few years ago, I accidentally received a distress call,” Kim, played in the movie by Sadie Stanley, says in the trailer. “I was done with my homework, so I answered it. Now, well, I save the world. Who am I? I’m Kim Possible.”

Much like the original series, the movie will follow Kim as she navigates high school while trying to take down villains in her spare time. By the red-headed high-school superhero’s side is her BFF Ron Stoppable (played by The Goldbergs‘ Sean Giambrone) and, of course, his pet mole-rat, Rufus.

Fans of the original series will be happy to learn that some of the original voice actors are set to pop up in the film, too: Christy Carlson Romano, who voiced Kim in the animated series, will make a cameo, while comedian Patton Oswalt will reprise his role as the evil Professor Dementor. Kim’s mom, Dr. Ann Possible, will be played by How I Met Your Mother‘s Alyson Hannigan.

The Kim Possible movie will premiere on the Disney Channel on Friday, February 15, at 8pm.

What did you think of the Kim Possible movie trailer? Let us know @BritandCo!