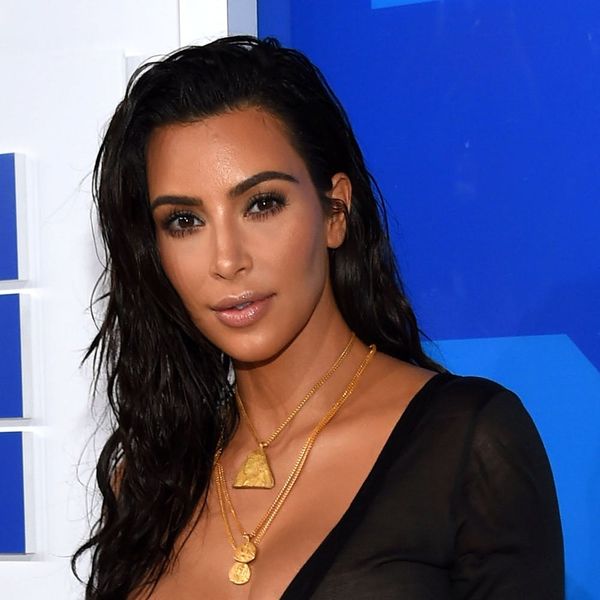 Kim Kardashian briefly returned to social media for what felt like a millisecond earlier this month, before deleting all traces of new activity on her Facebook page and sending us right back into Kim K withdrawal. But it seems like the reality TV superstar is (slowwwwllllyyy) making her return to the social media spotlight, *prayer hands emoji,* albeit in a very controlled manner.

While recent pre-taped episodes of KUWTK revealed Kim’s struggles with anxiety began long before the terrifying Paris robbery, Kim’s personal blog was updated with something a little more lighthearted: a brand new series of snaps featuring her, daughter North and son Saint on Halloween, all taking a cue from one of our FAVE Disney movies.

Posted by her brother, Rob, the sweet family pictures show the 36-year-old mama of two wearing a matching Princess Jasmine costume with three-year-old North, and the level of cuteness is absolutely off the charts. And don’t even get us started on 11-month-old Saint, who completed the adorbs group costume by portraying (you guessed it!) the big man himself, Aladdin.

In the series of intimate pics, Kim can be seen kissing her babes and getting silly with Nori. We can only hope Papa Kanye did his part as Genie, but alas, he’s nowhere to be found. Perhaps he was behind the lens?

Lmao Kim K really released her Halloween pics right after pics of Dream were released. its November. You're cancelled @KimKardashian

All that aside, though, Kim & Co. defs took home the prize for best. family. costume ― better late than never, no?

Do you think Kim timed the photo release on purpose to be petty? Tweet us @BritandCo.