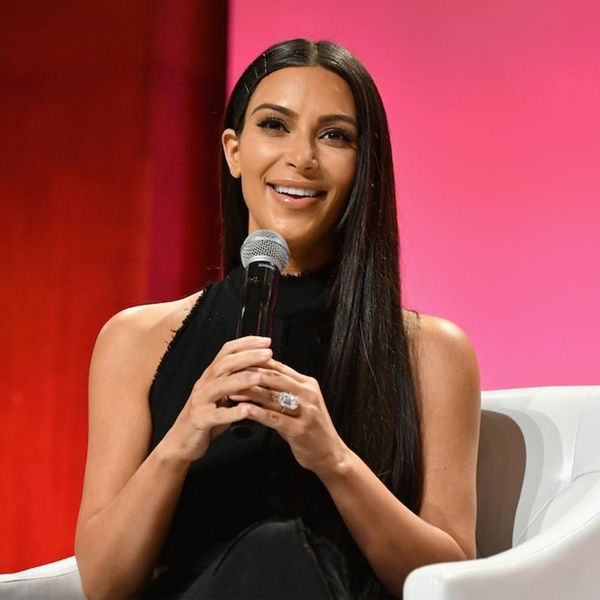 On a recent episode of Keeping Up With the Karsashians, Kim got candid about her struggles with anxiety. It’s not surprising to hear that Kim is feeling the pressure, given the year she has had.

It started with struggles to regain and maintain good health after giving birth to Saint late last year on the heels of a troublesome second pregnancy. And though it was self-initiated and ultimately good for her brand, the media storm that followed #ReceiptGate2016 brought its own never-ending noise.

Of course, in October, Kim was robbed of millions of dollars in jewelry at gunpoint in a Paris hotel. KUWTKquickly suspended production and Kim more or less disappeared from social media and the public eye as she dealt with the trauma.

While all this was happening, previously recorded episodes of KUWTK continued to air, and in a surprising reveal in a recent episode, Kim admitted that she was suffering from anxiety that was interfering with her life even before October’s traumatic events. It was refreshing to hear that even someone on top of the world struggles to keep it all together, and that no matter how things appear on the outside, everyone is privately fighting their own battle. In the same episode, Kendall disclosed that she had been suffering from sleep paralysis, and was also experiencing anxiety as she worried about her health.

Kim, ever proactive, decided to get help to “take back [her] life.” While these methods certainly aren’t a prescription for everyone, here’s how Kim took action to deal with her anxiety.

1. She sought professional help. Kim enlisted the help of a therapist to talk through her symptoms and get to the cause of her anxieties. As they talked, Kim said the stress hits her hardest when she was driving. “I think about it all the time; it drives me crazy,” Kim admitted. “I just want to get past my anxiety and live life.” They discussed a plan and some stress-relief techniques that might work for her. (Photo via Slaven Vlasic/Getty)

2. With support and guidance, Kim exposed herself to the main cause of her anxiety — driving. Kim’s doctor got her behind the wheel to face her fears, all while the two talked about and practiced mindful coping strategies. Kim found that it helped and that soon the driving was less stressful. (Photo via Larry Busacca/Getty)

3. Meditation. While Kendall had otherwise not been ready to use the suggested tools for dealing with her anxieties, Kim did convince her to join her in a meditation session. “Some people live by it,” she told her younger sis. The two set up a session and meditated on Kim’s lawn together. (Photo via Rachel Murray/Getty)

While the KarJenners’ acceptance of and treatment for their anxiety conditions are personal to them, it can still serve as a reminder that many live with this condition, for many reasons. It’s nothing to be ashamed of, and we hope that no matter your situation, you can find options to help.

Do you suffer from anxiety? What, if any, treatments do you find helpful? Let us know over @BritandCo.