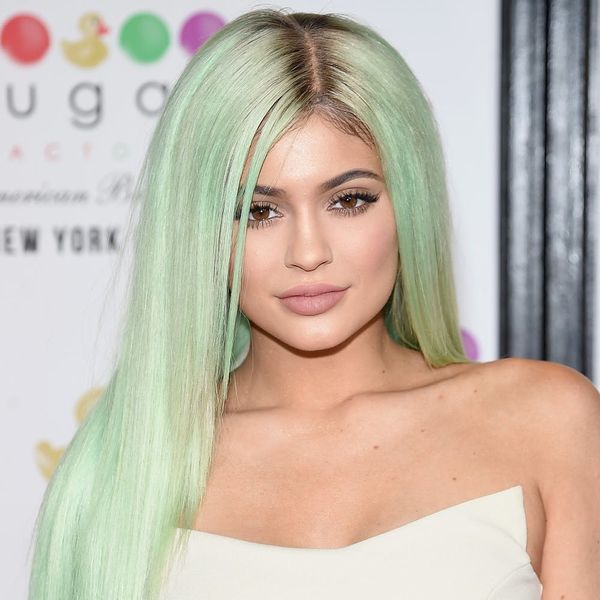 Kylie Jenner is known for changing up her tresses on a whim. From her highlighter yellow hair at Coachella to the cherry red wig she took for a test drive last month, when it comes to the 20-year-old’s famous locks, it’s pretty much anything goes. If she’s being totally honest, however, it’s all a bit much, and frankly? She’s sick of it.

In a new teaser clip for her E! series, Life of Kylie, the hair chameleon reveals that she’s just about had it with her wig collection. “I don’t want to disappoint anybody, but I just want my hair long and black and pretty,” she says.

Though the beauty mogul was open to negotiations, telling her crew that she could make Friday a “weird hair” day and take tons of photos to keep a backlog, she isn’t feeling the ever-changing looks that have come to be expected of her. “I always try to be different. I always try to do new things,” she explained. “I think my following started to get a little bigger when I really was just finding out my style and who I was and dyeing my hair. Not everyone was dyeing their hair blue and green, ya know?” Fair. “People know I kind of just do what I want; they just don’t know what to expect.”

As it turns out, Keeping Up With the Kardashians may be too much for even one of their own. “I’m over keeping up with this lifestyle,” she griped. “Of crazy hair and wigs and sh*t. Cool earrings, makeup, my t*ts out.”

Bestie Jordyn Woods quickly came to her pal’s defense, reasoning that by now, a more natural look might be just what Jenner’s image needs. “I actually think people expect the wigs, so if you do classic, they’re gonna really like it,” she mused.

Based on the more real moments we’ve seen from the youngest Jenner, like that time she gave us a glimpse of her real hair or let her freckles be free, we must say: We don’t disagree!

Check out the clip in full below.

Do you think Kylie should tone her look down? Tell us over @BritandCo.

Nicole Briese
Nicole is the weekend editor for Brit + Co who loves bringing you all the latest buzz. When she's not busy typing away into the wee hours, you can usually find her canoodling with her fur babies, rooting around in a bookstore, or rocking out at a concert of some sort (Guns N' Roses forever!). Check out all her latest musings and past work at nicolebjean.com.
Celebrity Hair
Hair
Celebrity Hair Kylie Jenner
More From Hair