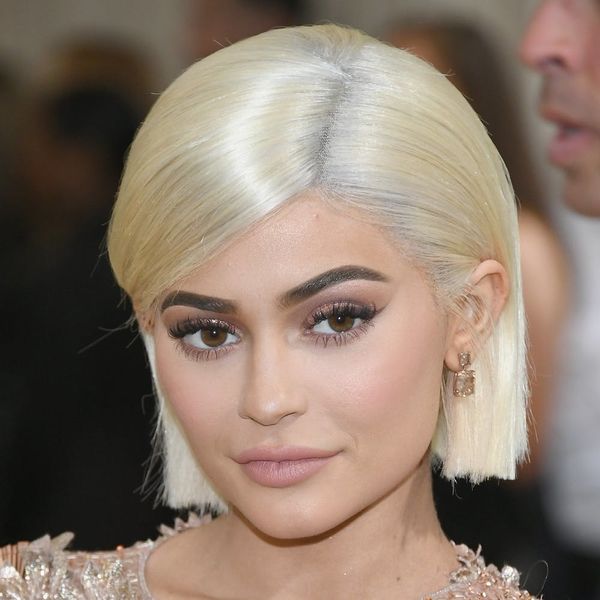 Kylie Jenner is something of a hair chameleon — from her neon highlighter hair at Coachella to her most recent blonde Met Gala ‘do, girl likes to change things up, and often.

Her most recent hair evolution is perhaps her most shocking of all, though, as she just gave us a glimpse of her (gasp!) natural tresses.

Ditching her now famous wigs, extensions, and the like, Jenner debuted her au naturel locks in several posts she uploaded to Snapchat, and it was quite a change from the lush, full ‘do we’re used to seeing on the teen. And yet, the glammed-down style was, dare we say… refreshing? After all, Jenner’s sparser, pared-down look is surely a relief to her legions of fans, some of which may admire her hair with unrealistic expectations about how to make their own, much thinner locks match the 19-year-old’s picture-perfect coif.

It’s not the first time she’s undergone a makeunder: The makeup empress has also given us a glimpse of herself sans makeup several times before, showing off her freckles as she frolicked in the sun on vacay in the Caribbean, for instance.

We’ve gotta’ say: We’re kinda digging the laid-back Kylie! Kudos to her to sharing her natural beauty with the world.

What do you think of Kylie’s more natural look? Tell us over @BritandCo.

Nicole Briese
Nicole is the weekend editor for Brit + Co who loves bringing you all the latest buzz. When she's not busy typing away into the wee hours, you can usually find her canoodling with her fur babies, rooting around in a bookstore, or rocking out at a concert of some sort (Guns N' Roses forever!). Check out all her latest musings and past work at nicolebjean.com.
Kardashians
Hair
Kardashians Kylie Jenner