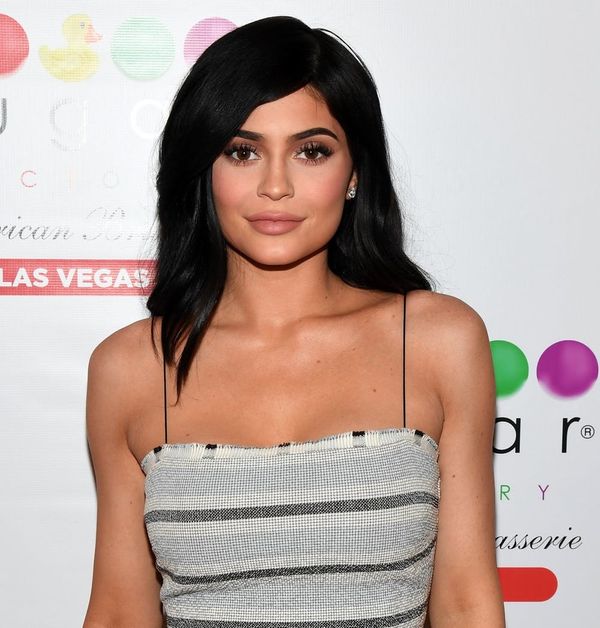 Kylie Jenner may be keeping her rumored pregnancy under wraps, but that doesn’t mean she’s totally closed herself off from her fans. In fact, the reality star just sat down to play a particularly revealing round of the truth-telling game “Never Have I Ever.”

Jenner, BFF Jordyn Woods, and assistant Victoria Villarroel — all decked out in stellar holiday sweaters, natch — took the required sips whenever they acknowledged a truth, though they did note that they had opted for tea over alcohol. (Probably a good idea, considering Jenner had to take 13 sips.)

The 20-year-old admitted to lying to a partner (eek), brushing her teeth with someone else’s toothbrush (ew!), and re-gifting (eh, we’ve all done it). She also confessed to fooling around in a bathroom and spending money in a strip club.

She attempted to say that she’s never done the “walk of shame” — “I don’t think I have, ladies” — but Woods was ready to contest that fact: “You have!” When Jenner demanded to know when, Villarroel piped in, “You haven’t done the walk of shame, but you’ve done the get in the car, ride of shame.”

Also, watch when they talk about kissing in the rain. While it takes a moment for the other ladies to catch on, we’re going to assume that Jenner immediately thought of her starring role as PartyNextDoor’s love-interest in his “Come and See Me” music video.

As for things that the makeup mogul hasn’t done, she can include cheating, dating more than one person at the same time, and sneaking a boy into her parents’ house on her list of never-have-I-evers.

By the end of the vid, the ladies’ mugs are close to empty, as the tea has been sipped (and spilled!).

How would you have fared during Kylie Jenner’s game of “Never Have I Ever”? Let us know @BritandCo!