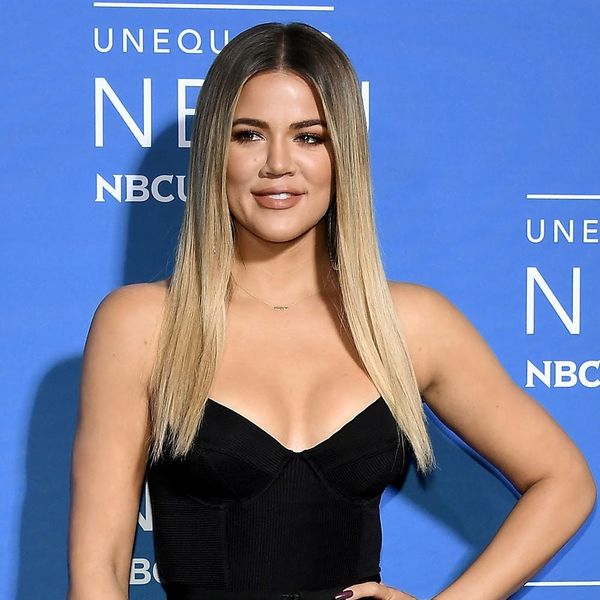 Khloé Kardashian and her NBA player bae, Tristan Thompson, have been going strong for almost a year now, and her sister Kourtney says the relationship is a level five out of six when it comes to seriousness. But we’ve never known how the youngest Kardashian sister met her love. (Even Kim was in the dark about it!) Thanks to the Keeping Up With the Kardashians’ 10th anniversary special, though, we’ve just been let in on the details.

“I was put on a blind date with Tristan. That’s how I met Tristan,” the 33-year old revealed while chatting with her mom, sisters, and Ryan Seacrest for E!’s anniversary special.

After admitting that she might have a thing for basketball players — her exes include Houston Rockets player James Harden and former pro Lamar Odom — Kardashian went into more detail about her first date with Thompson, saying, “Brandon Jennings, who is a basketball player, he is a friend of mine and Malika [Haqq]’s, and he was like, ‘You’re such a good girl, I want to introduce you to someone.'”

You might assume the rest is history, but Kardashian wasn’t interested in being set up, especially on a blind date. Unfortunately (or fortunately?) for her, Jennings wasn’t about to have his matchmaking skills ignored.

According to the former Kocktails With Khloé host, she was at the Bel-Air Hotel having dinner with friends when Thompson suddenly showed up. “So, Brandon kind of ambushed the blind date. So, I had a bunch of people, and [Jennings] brought [Thompson] and we just connected.”

The couple, who first sparked rumors that they were an item back in August 2016, now split time between LA and Cleveland, Ohio, where Thompson plays for the Cleveland Cavaliers.

Hopefully, we’ll be seeing even more of the happy couple when season 14 of KUWTK premieres on E! on Sunday, October 1, at 9pm. But first, watch the Keeping Up With the Kardashians 10-Year Anniversary Special on Sunday, September 24, at 9pm.

What do you think about Khloé Kardashian and Tristan Thompson as a couple? Let us know @BritandCo!