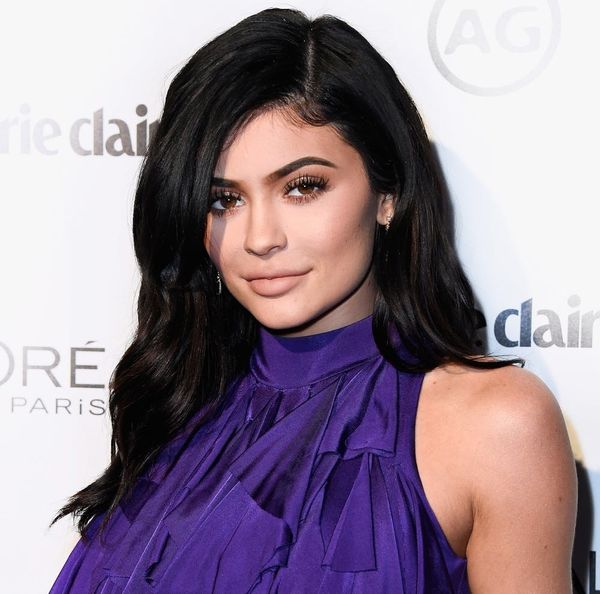 Kylie Jenner is celebrating a milestone with Stormi Webster! The new mom, who so far has only posted sneak peeks of her baby girl on social media, took to Instagram to share a new mother-daughter photoshoot in honor of her newborn’s special day — and one small detail has caught fans’ eyes and sent them into a frenzy.

“My angel baby is one month old today,” Jenner wrote on Thursday, March 1, alongside two new pics of her holding baby Stormi. One photo, taken from further away, is a full-length pic of the pair, and the other, zoomed in, gives a closer look at little Stormi, who is snuggled in a white knit onesie complete with little rabbit ears.

The second, close-up photo doesn’t just offer a peek at the the baby, though: Fans noticed right away that Jenner is wearing a ring on the third finger of her left hand.

Several Instagram commenters pointed out the jewelry and asked about its significance. Twitter was eager to know whether the new mom was engaged, too.

This isn’t the first time Jenner’s social-media shots of her jewelry have sent fans into a speculative frenzy. In September, the 20-year-old flashed a giant diamond on the same finger on Snapchat, leading people to think that she and boyfriend Travis Scott were possibly planning to tie the knot. While it has been confirmed that Scott spoiled Jenner with a $1.4 million dollar Ferrari as a push present, there has been no confirmation on whether he also gifted her the ring in her latest pic.

What did you think of Kylie’s latest pics of Stormi? Let us know @BritandCo!