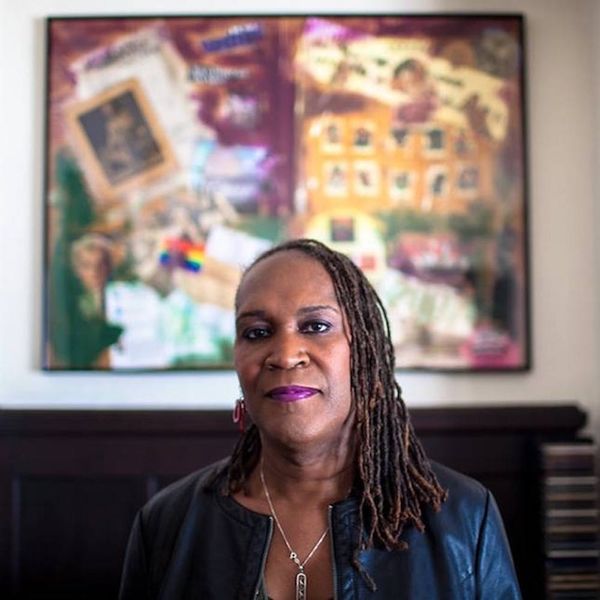 With the current presidential administration’s rollback of trans rights, many, including celebrities such as Laverne Cox, are determined to push back to keep major transgender rights cases in the spotlight. The need for additional representation in politics seems more crucial than ever, and that’s exactly why The Victory Fund, an organization that works to support and elect pro-equality and pro-choice LGBTQ candidates to all levels of government, has worked to make — and declare — 2017 the year of the trans candidate.

To date, trans women remain severely underrepresented in government, but the Victory Fund says that there are more trans women running for office in the current cycle across the US than ever before. By having their candidates elected, those numbers could double.

Andrea Jenkins is one such candidate, and puts equality front and center. She’s currently running for Minneapolis City Council in the 8th Ward, an historic campaign that, if she wins, would make her the first trans person elected to the city council of a major US city. Jenkins has 25 years of public service experience, ranging from being a Minneapolis City Council policy aide, a local employment specialist and a nonprofit executive director and consultant.

As a woman of color, she also brings an important perspective to the table, and plans to work with the community to ensure people of color, LGBTQ voices, women’s voices, immigrant voices, and disabled voices are heard equally. Jenkins puts her work for the community first, but knows just how important her election would be to the whole country.

“Representation matters!” she tells Brit + Co. “[This] would mean being seen as an ‘Opportunity Model,’ as Laverne Cox calls it. It’d be a symbol of the resistance and a sign that we are not regressing as far as it might seem to many right now.”

“LGBTQ elected leaders are the antidote to this hostile political climate – and they are leading the resistance,” Aisha C. Moodie-Mills, Victory Fund President & CEO, tells Brit + Co. She lists New Mexico’s first openly gay mayor Javier Gonzales, who led the way in declaring New Mexico a sanctuary city for immigrants, and Massachusetts Attorney General Maura Healey, who is suing President Trump over his travel ban, as a few examples of this progressive leadership.

“LGBTQ elected people are values-driven leaders who fight for equality for all people,” she says. “We know that when LGBTQ people are in the halls of power, it humanizes our lives, changes the debate and influences other lawmaker colleagues to vote in favor of equality.”

Jenkins hopes that everyone keep fighting for change and progress, paraphrasing President Barack Obama’s famous line, “It’s easy to be cynical, but hope is better; stay hopeful.” Moodie-Mills agrees. “[Jenkins] is already a role model for so many trans people in the city,” she says. “A win for her on election day will surely give trans youth a new sense of what is possible — and hopefully inspire them to run for office and win.”

Would you like to see more diversity and representation in politics? Let us know @BritandCo!