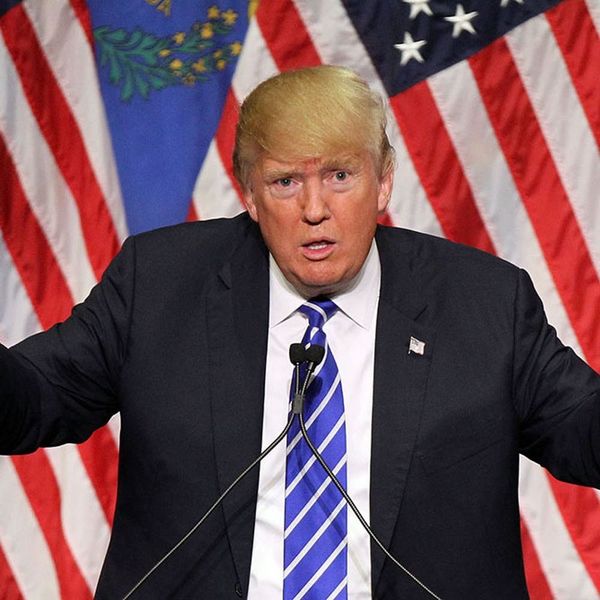 In an already historic decision, the 9th Circuit Court of Appeals unanimously voted not to reinstate President Trump’s travel ban. The decision was celebrated by most Democrats and the state of Washington (where a federal judge and the state’s attorney general worked to put a temporary block on the ban last week). President Trump’s team, however, did not respond with the same enthusiasm. Immediately after the ruling was announced, President Trump sent out an all-caps tweet that read, “SEE YOU IN COURT, THE SECURITY OF OUR NATION IS AT STAKE!”

Does last night’s ruling mean opponents of this controversial order have crossed the finish line? That would be a hard no. At least, not yet. There are still a few actions the executive branch could take to try to get this travel ban reinstated. Here are a few ways they might go about doing that.

IT COULD STAY IN APPEALS COURT FOR ANOTHER ROUND

The 9th Circuit Court of Appeals has denied the government’s request to have the ban instated, but they now have 14 days to decide if they want to take this to the full appeals court, which is comprised of 29 active judges. Eleven of those judges would be randomly selected to re-hear the case and issue a new ruling. This would be risky, though. The San Francisco-based court is considered one of the most liberal in the country, with 18 of the 29 judges appointed by Democratic presidents. If they also decide not to reinstate the ban, the government could request that the Supreme Court take the case on.

it could go back to WASHINGTON’S FEDERAL JUDGE

The three judges in the 9th Circuit of Appeals could decide to send the case back to the Washington Federal Judge James Robart who originally issued the temporary block. He would then have to conduct more hearings. This is unlikely, though. If this happens, the case would almost certainly end up going back to the 9th Circuit, making the whole process just loop through all over again.

IT COULD GO TO THE SUPREME COURT

At this point, the Supreme Court could decide to take the case on. It’s entirely up to them whether they want to do so, but totally likely. Anthony Enriquez, an equal justice works fellow at The Immigration Defense Project, explains, “The Supreme Court can always refuse jurisdiction of a case. They can always say it’s better for the lower court to resolve this right now. That being said, this is such a high-profile case and has caused so much national controversy that it doesn’t seem implausible that they would take it.”

But what if they do decide they don’t want to get involved? First, let’s remember that since Justice Scalia’s passing, the Supreme Court only has eight Justices and they are at a 4-4 split between Democrats and Republicans. So they could take it, but it’s likely that the verdict would result in a tie. Enriquez says if that happens, the ruling of the lower court [AKA the 9th Circuit Court of Appeals or potentially the full court of appeals] would stand.

THE WHITE HOUSE COULD DRAFT A NEW EXECUTIVE ORDER

Considering President Trump’s notorious reluctance to accept defeat, this option is perhaps the least likely. That being said, technically, he and his cabinet could choose to accept the court’s ruling on the current EO and draft up a new, scaled-back version to replace it. Judicial experts have indicated that if the EO did not ban ALL citizens from the seven countries, it might have a better shot at overcoming legal battles.