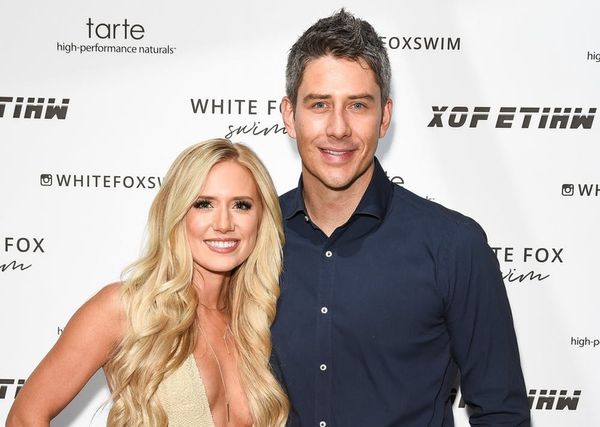 Another Bachelor baby is on the way! Season 22 star Arie Luyendyk Jr. and fiancée Lauren Burnham are expecting their first child together. The couple announced the news on Wednesday, November 14.

“I kind of had a feeling that I might be pregnant,” Burnham told Us Weekly of when she and Luyendyk found out. “So my friend insisted on bringing a pregnancy test over. Arie came out with the test in his hand and tears in his eyes. He was like, ‘You’re pregnant!'”

Luyendyk revealed that the couple did not plan the pregnancy but are over the moon about it nonetheless. “It’s going to be a whole new chapter in our lives,” he said, with Burnham adding, “Obviously we’re not married yet, but this is the way it happened — and this is probably the way it was meant to happen!”

As Bachelor Nation fans know well, the parents-to-be got engaged on the After the Final Rose special in March following a dramatic unfolding of events. Luyendyk first proposed to — and then broke up with — Becca Kufrin at the end of season 22 before then popping the question to runner-up Burnham.

Following their live-TV engagement, the couple announced on The View in May that they had decided on a January 12, 2019, wedding, set to take place in Maui, Hawaii. The baby doesn’t seem to be disrupting the wedding planning, though, as Burnham said she has begun fittings for her dress and will continue to work with her dress designer, Hayley Paige, as she grows throughout her pregnancy.

Are you surprised by Arie and Lauren’s baby news? Let us know @BritandCo!