Why Doing Household Chores Can Benefit Your Health 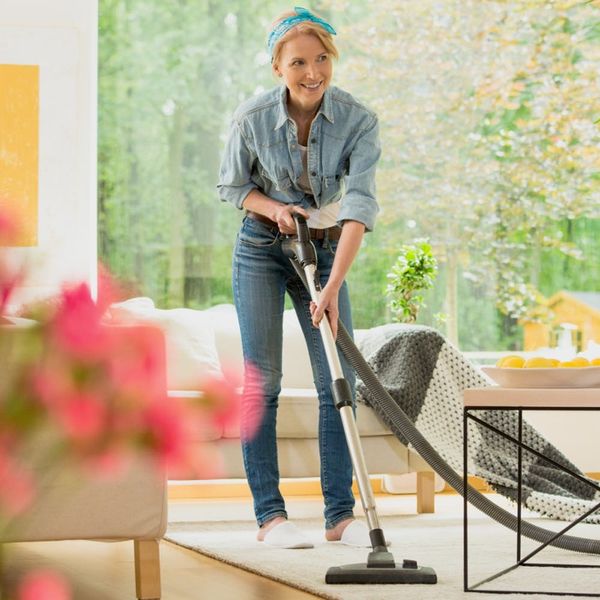 Vacuuming — it’s a nap-ruiner, it’s a constant dance with the cord, and it’s a clash with narrow spaces and tough corners. In all, it’s a pain and hardly seems worth the payoff (a *slightly* less spotty floor). But according to a study published in the American Heart Association journal Circulation, vacuuming and other menial (and seemingly effortless) household tasks, such as washing windows and folding laundry, have a much more personal, much more physical benefit than just a neater home.

Researchers at Harvard University found in their two-year-long study that the most active participants in the study had a declined mortality of 50 to 70 percent as compared to those who remained consistently sedentary — a much higher percentage than was originally thought. To put this into some perspective, this degree of decreased mortality is comparable to that of a non-smoker versus a smoker.

Although this may not sound particularly revolutionary, the reliability of this research makes it of note more so than similar studies. Researchers used objective responses accumulated through accelerometers — Fitbit-like devices that measured how much subjects sat and moved — rather than through self-reported responses. (Self-reported responses are notoriously less accurate due to respondents’ tendency to inflate their activity levels.)

This research also defied norms with its specific focus on women’s activity. All 16,000 subjects were women in their late 60s and early 70s. These women each wore their accelerometers for 15 hours a day for four or more days. They were then monitored for the next 28 months to evaluate their mortality. These gals may be older than us, but scientists project the findings can be applied to younger people as well. And the findings were very clear: Those who moved a lot enjoyed more longevity.

But how much movement is enough movement to accrue these health benefits? We spoke with Carrie Schmitz, a certified health coach who has paired with the Mayo Clinic in the past to study the effects of low-level activity, about three “non-exercise” activities aside from those listed in the study that she recommends incorporating into your daily life.

1. Walk while you watch. Although watching TV is just about the most infamous sedentary activity, Schmitz says simply standing up or pacing around during commercial breaks is enough to help your health.

2. Gab and go. Don’t sit at your desk while you chat. Schmitz suggests standing up and walking about, regardless of whether you’re at home or at the office, while you use your cell.

3. Park with a purpose. The added steps you get from purposely parking a greater distance from your destination accumulate over time, which can ultimately boost your longevity. Or, better yet, if where you’re headed is close enough, just walk.

What are some small ways you stay active daily? Tweet us @BritandCo.

Annamarie Higley
Annamarie is a Californian who's been plopped in the middle of Missouri for her undergraduate studies in magazine journalism. She's a hiker, an eater, a lover of words. In her opinion, nothing beats a well-made breakfast sammy or a well-crafted sentence.
Cleaning
Health
Cleaning Healthy Living study
More From Health