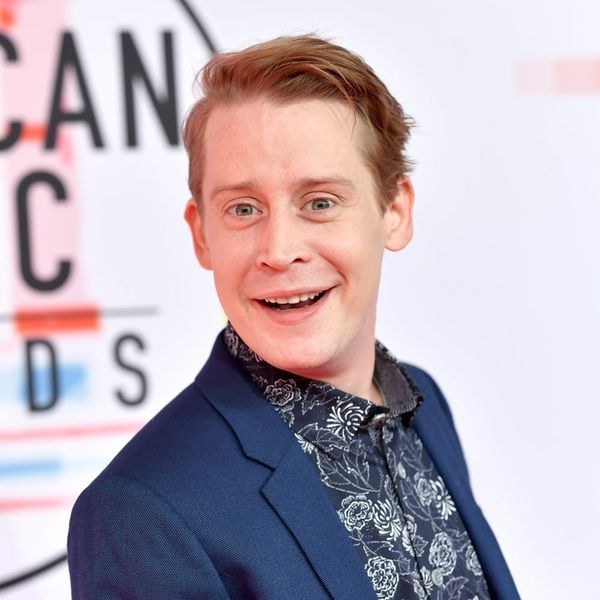 Macaulay Culkin recently admitted that he occasionally still rewatches and quotes Home Alone, and now he’s taking the nostalgia one step further by recreating scenes from the iconic 1990 film. Spoiler: It’s every bit as good as you’d imagine.

Culkin, now 38, portrays a grown-up Kevin McCallister in a new Google commercial. Kevin is once again home alone as he puts on his aftershave (no screaming this time), jumps on the bed (only to hurt his back), watches movies and orders pizza, and, yep, faces an attempted robbery by the Wet Bandits.

Adult Kevin, however, uses his Google Home voice assistant to help him with tasks such as re-ordering his aftershave and reminding him to wash the sheets on the bed when he’s done jumping on them. He has also automated his scheme to make the would-be robbers think he’s not, in fact, home alone, by programming his Google Home to turn on the lights and get the fireplace going. (He also uses cardboard cut-outs attached to robot vacuums to make it look like he’s having a party and guests are milling about.)

Culkin revealed on a recent episode of Jimmy Fallon’s Tonight Show that he tends to get recognized more frequently during the holidays due to Home Alone‘s enduring Christmas presence. He also said that new girlfriends sometimes request that they watch the movie together.

“Most of the time I’m just muttering my lines under my breath, like, ‘Keep the change, you filthy animal,'” he joked.

By the looks of things, he’s going to be saying those lines for years to come — and it doesn’t seem to bother him one bit.

Home Alone is available on digital now at Google Play.

What do you think of grown-up Home Alone? Let us know @BritandCo!