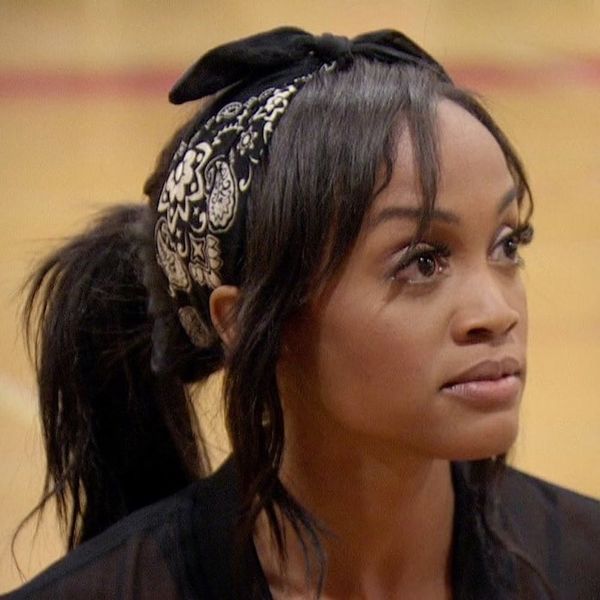 Rachel Lindsay’s season of The Bachelorette has barely even begun, and we’ve already been served up more eyebrow-raising moments than we ever could have expected. Between the creepy AF Adam Jr. doll, the penguin costume, and, of course, WHABOOM, the glorious WTF-ness couldn’t be any more amazing if it had actually been scripted. However, last night’s episode took the drama up a level in the most cringe-worthy way.

Imagine for a moment dating a dude for seven months when he suddenly goes MIA for a few days. The next time you see him is on TV getting ready to woo another woman. That’s apparently exactly what happened to a woman named Lexie.

The Bachelorette herself explained the unexpected turn of events in her confessional, saying, “This girl Lexie says she’s in a relationship with DeMario and he disappears for a couple of days, and the next time she’s seeing him is on After the Final Rose, meeting me… I am completely taken aback.” Daaamn!

The shafted GF even has receipts, letting Lindsay check out her texts, which make it clear that things were very much still *on* between Lexi and DeMario when he suddenly disappeared.

Demario thinking he's getting a rose but then getting exposed on national television #TheBachelorette pic.twitter.com/bq5QoTsIYx

Not willing to let Cheaty McCheaterson off easily, Lindsay brought the unaware fella in on the chat. He was SO shocked.

Nominate this for Act Break of the Year #TheBachelorette pic.twitter.com/7xHtRTNo1V

After giving DeMario a chance to explain himself — which was fair, though just intensified the awkwardness since it seemed like he intended to lie his way through the situation — the dude really couldn’t wiggle his way outta this one.

Deeming his excuses beyond pathetic, The Bachelorette told the attempted two-timer in no uncertain terms what he could do, saying fiercely, “I don’t want to be played; I don’t want to be made a joke of, so I’m really going to need you to get the f*** out. I don’t like being f****** embarrassed.” Boom!

"I’m really going to need you to get the f*@% out!” -Rachel#TheBachelorette pic.twitter.com/dbXKvlfbQa

Lindsay may have (rightfully) sent DeMario packing then and there, but before the episode ended HE CAME BACK! Wha? Yup, he returned, and before we could get a clear grip on what would unroll next, the episode ended. Though it was obviously cruel to leave us hanging, it was perfectly designed to make us practically drool for next week to see how The Bachelorette handles this sitch.

What do you think about the whole DeMario + Lexie situation? Let us know @BritandCo!

Desiree O
Desirée O is a ‘Professional Bohemian’ who loves anything and everything related to the arts, entertainment, and pop culture. She ADORES being a ‘Newsy’ for Brit + Co, covering all of the latest tidbits of awesomeness that you want to read about. When she’s not writing, she’s either making messy art, going on long adventurous walks with her camera, or poking around over at bohemianizm (http://www.bohemianizm.com/). You can find out about Desirée O and her work at http://DesireeO.com/ or follow her on Twitter @DesireeO.
Dating
TV
Dating
More From TV