The Infamous Bachelorette Doll Is Creeping Fans Out (and It’s Hilarious!) 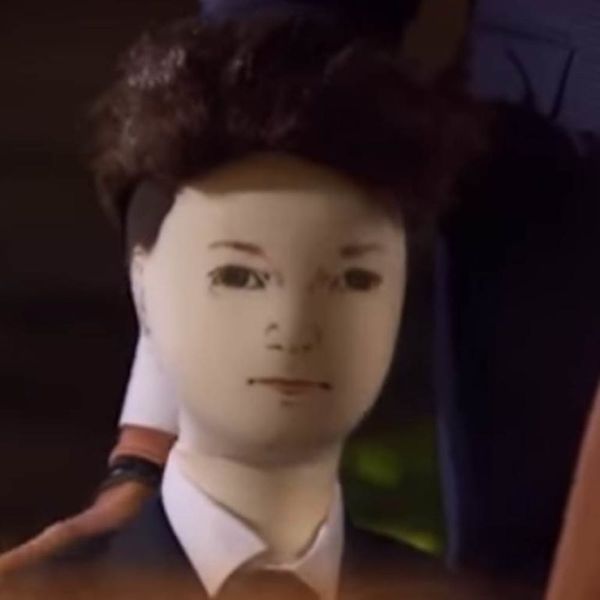 This season of TheBachelorette has already given us plenty of reasons to cringe — like transphobic comments and a penguin costume, just to name two (although the penguin thing was also pretty darn fantastic). But fans simply can’t get past the now-infamous doll that has creeped viewers out to an unreal (and hilarious) degree.

Showing up alongside Adam, the fake mini-me named Adam Jr. (seriously) was as creepy as it was unexpected. Kudos for Rachel Lindsay for laughing, because plenty of us would’ve merely screamed with shocked terror and field-kicked that demon-like dummy across the set as fast as we could and as far away as possible.

I'm just a doll looking for love, here for the right reasons, and excited about my journey. #theBachelorette pic.twitter.com/cy2v4Dtdb4

“That’s scary looking,” Lindsay said, saying exactly what viewers were thinking. Others were more, er, enthusiastic in their reactions to the (strangely) French AJ.

They either couldn’t get past the weirdness…

My reaction to this doll on the bachelorette pic.twitter.com/iCti9T5rFz

That doll though #bachelorette pic.twitter.com/gqlb420kF4

I'm sorry…can someone explain why there is a goofy ass doll on this show #bachelorette pic.twitter.com/vCyxAP9Qwn

Or, frankly, they thought the doll himself was the best suitor of the bunch…

Yo! This sad French speaking doll thing is hilarious. Ok the doll is back in. #bachelorette

watched the bachelorette tonight tonight and by far my favorite part was the short film on a doll speaking French. He should have a rose

Either way, they were loving AND hating the entire freaky situation…

Being trolled by my sister post bachelorette doll debacle #AdamJr thanks @BacheloretteABC pic.twitter.com/ix8Rkvxj5z

I have to sleep with the lights on now. Thanks to the guy who brought the Mike Meyers doll on the bachelorette

I may not have a post grad plan, but at least I'm not the guy that brought a doll version of himself on to The Bachelorette

Whether you’re into the doll or are weirded RIGHT out, Adam earned himself a rose in the end, so it looks like we may be seeing more from Adam Jr., especially if you’re willing to follow the @Adamjrthedoll Twitter account. *chills*

What did you think about the Bachelorette doll? Let us know @BritandCo!