Mandy Moore Shuts Down Accusations That She Photoshops Her Instagram Pics 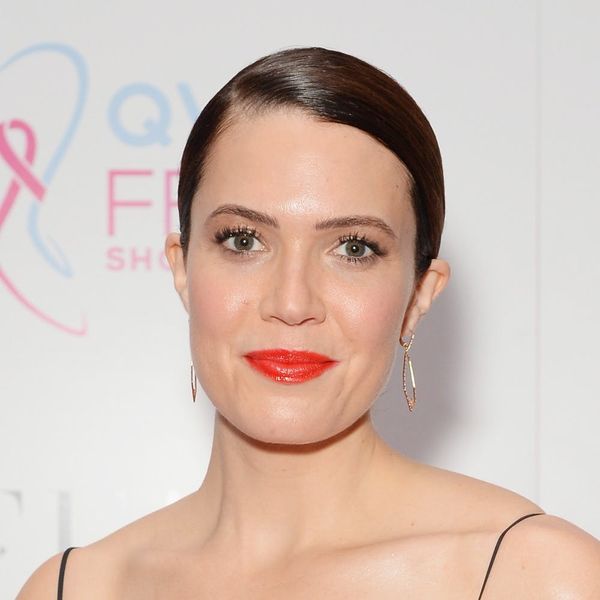 Mandy Moore likes to be real with her fans. In recent weeks, the This Is Us star has been open about everything from the makeup that’s ruining her skin on the show to the one former hairstyle that made her cringe. She also keeps it real on the photo front, despite haters who’ve accused her of Photoshopping recent images of herself.

So fabulous, in fact, that some people doubted the authenticity of the picture. Several commenters accused her of altering the images prior to posting, with some pointing to what they said were “curved panels of wood” in the background of one photo and others nitpicking her figure and/or body parts in another.

Love any time I get to hang with the sweetest @jimmyfallon on @fallontonight. Watch us at 11:35 on @nbc!! And ps: I am 5’10 and a size 6. I have NEVER photoshopped pictures. That’s not what I’m about. If you’re going to be rude about people’s bodies, go elsewhere.

Moore was not here for it and shut down the comments with a message of her own. “I am 5’10 and a size 6,” she wrote. “I have NEVER photoshopped pictures. That’s not what I’m about. If you’re going to be rude about people’s bodies, go elsewhere.” You tell ’em, Mandy!

She further clarified her response to Cosmopolitan, saying, “I guess I shouldn’t have said anything, but I didn’t Photoshop! I’m not some teeny tiny person and I don’t pride myself. Look, I like to take care of myself and I try to eat healthy and I work out, but I’m a tall girl with a real body.”

She also reflected on why she felt the need to respond to the haters. “I don’t know, I’ve never been accused of [Photoshopping pics] before,” she told the outlet. “I felt like I had to jump in and say something because we don’t need to be talking about people’s bodies. Not on my Instagram, at least. If that’s the conversation that needs to be had elsewhere, go for it. Maybe it’s best not to [comment], but my fans were hurt and I also just wanted to be truthful.”

Surely that’s certainly something her admirers can appreciate.

What do you think about Mandy Moore’s choice to respond to photoshop accusations? Let us know @BritandCo!

Desiree O
Desirée O is a ‘Professional Bohemian’ who loves anything and everything related to the arts, entertainment, and pop culture. She ADORES being a ‘Newsy’ for Brit + Co, covering all of the latest tidbits of awesomeness that you want to read about. When she’s not writing, she’s either making messy art, going on long adventurous walks with her camera, or poking around over at bohemianizm (http://www.bohemianizm.com/). You can find out about Desirée O and her work at http://DesireeO.com/ or follow her on Twitter @DesireeO.
Body Positive
Celebrity News
Body Positive Celebrities social media