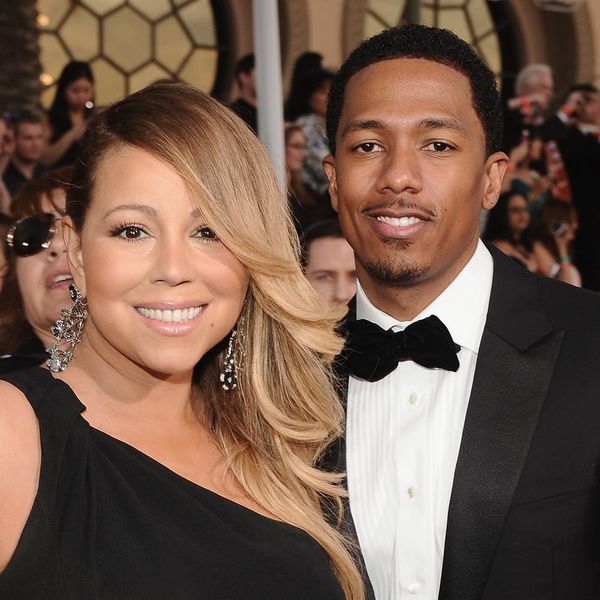 Ryan Seacrest may be team Dick Clark Productions when it comes to Mariah Carey’s now-infamous NYE performance, but there’s one person who will ALWAYS have her back: ex-husband, Nick Cannon.

The two have been apart for two years now (though legally divorced for just over two months), but despite the fact that Mariah has a new man, she and Nick remain the best of friends (see: their adorable Halloween costumes). In fact, Nick told The Howard Stern show last year that they still converse every day.

The two got together this week to have a civilized family dinner, with Nick taking to Instagram to show off his adorable family.

Mariah, for her part, also shared the shot, echoing Nick’s exact words with a #repost.

She wasn’t the only one receiving comfort from a familiar face at the dinner: Nick, who reportedly suffers from lupus, had been hospitalized over the holidays, and was celebrating his renewed health following no less than five blood transfusions — yikes!

While we think it’s sweet that these two can remain so close for their kids (and each other), something tells us that deep down, Nick still cares for Mariah on a deeper level — she IS Mimi, after all. Here’s to hoping this non-union of a union doesn’t lead to heartbreak down the road for either party.

Do you think Mariah and Nick are doing co-parenting right or are they too close for comfort? Share @BritandCo.

Nicole Briese
Nicole is the weekend editor for Brit + Co who loves bringing you all the latest buzz. When she's not busy typing away into the wee hours, you can usually find her canoodling with her fur babies, rooting around in a bookstore, or rocking out at a concert of some sort (Guns N' Roses forever!). Check out all her latest musings and past work at nicolebjean.com.
Celebrity Breakups
Celebrity News
Celebrity Breakups Celebrity Couples Halloween love