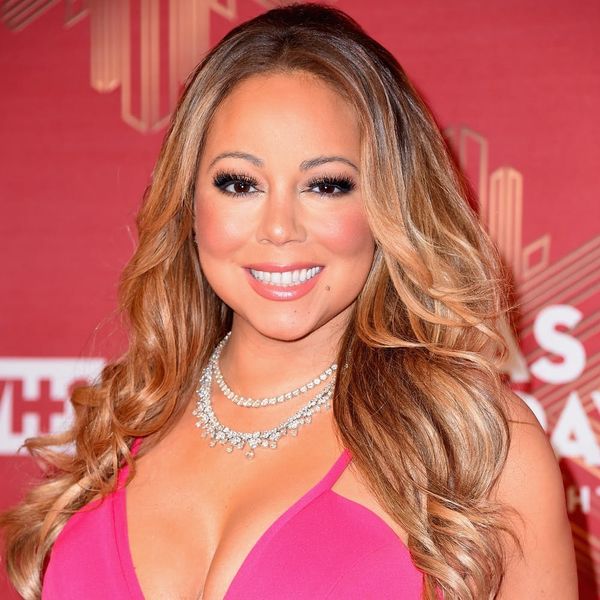 B. Spears and J. Lo aren’t the only ones with a new man to kiss this New Year’s Eve! Mariah Carey, who split from fiancé James Packer back in October (despite rocking the $10 million engagement ring post-breakup), has a new romance to call her own with backup dancer Bryan Tanaka.

Though she has been rumored to be hooking up with the 33-year-old (13 years her junior — get it, girl!) for some time now, they haven’t been official until verrrryyyy recently, according to ET.

It don't get cuter than @MariahCarey & @BryanTanaka they are so cute 😍💕💕 pic.twitter.com/rs07MdWJf0

An insider source told the outlet that they “weren’t together when she broke up with James,” but they are now “in a proper relationship.” In fact, they reportedly spent the holidays together, with the source revealing that he gifted Mariah with some bling of his own.

One person in particular might not be so happy for Mimi — her ex, Nick Cannon.

Mariah Carey packs on the PDA with dancer Bryan Tanaka on the beach in Hawaii — see the pics! https://t.co/4SVJIF8MFE pic.twitter.com/PwNlUUu0bh

“#TBT This is how you do it!” he captioned a similar shot of her in his arms, adding the hashtags, “IkeTurnUp #WePetty.”

Lest fans thought there was bad blood between the two, however, he quickly followed it up with another shot of himself with his former wife, saying, “#TBT It’s all love! No hate! But damn we looked amazing!!! Energy evolves and frequencies change but love never dies…@MariahCarey will always be my family and the Queen so anyone looking to divide that or spew hate, check that sh*t at the front door. Salute to the Queen!!!”

Mariah seemed rather unfazed, as ET’s source says she’s really into Bryan, and that the two are together 24/7 — including tonight, when he’ll be on hand to give Mimi a smooch when the ball drops after her Dick Clark’s New Year’s Rockin’ Eve performance.

“RockinEve rehearsals,” the diva wrote of this preview pic on Instagram. “Let’s do this.”

Oh, we’ll be watching — with popcorn!

Are you still mourning the loss of Mariah and Nick or Mariah and James, or are you happy to see her move on? Tell us over @BritandCo!

Nicole Briese
Nicole is the weekend editor for Brit + Co who loves bringing you all the latest buzz. When she's not busy typing away into the wee hours, you can usually find her canoodling with her fur babies, rooting around in a bookstore, or rocking out at a concert of some sort (Guns N' Roses forever!). Check out all her latest musings and past work at nicolebjean.com.
Celebrity Couples
Celebrity News
Celebrity Couples love New Years Eve