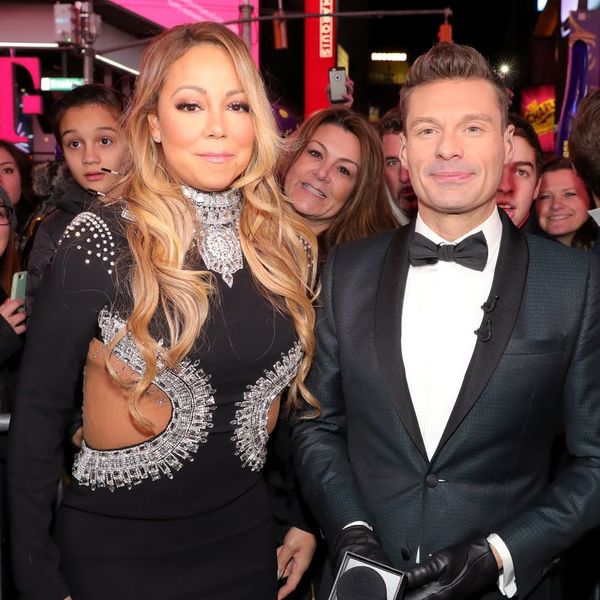 It’s been one week since Mariah Carey’s unforgettable NYE “performance,” and by now, pretty much the entire world has had something to say about her botched act (*cough, cough*, J. Lo). Even Mariah herself took to Twitter to shake it off, showing us all how to bounce back from a misstep in the process.

But not everyone is taking the debacle so good-naturedly. Mariah’s manager, Stella Bulochnikov, has since blamed the snafu on Dick Clark Productions, saying they “sabotaged” Mariah by failing to cut to commercial once they realized they were having technical difficulties, and ultimately setting her up to fail.

The producers, in turn, says that this one’s on Mariah, who failed to show up to rehearsals (a point Stella refutes). “To suggest that Dick Clark Productions, as producer of music shows including the American Music Awards, Billboard Music Awards, New Year’s Rockin’ Eve and Academy of Country Music Awards, would ever intentionally compromise the success of any artist is defamatory, outrageous and frankly absurd,” the company said in a statement.

There’s one person that hasn’t weighed in on the controversial event, though — until now, that is.

Ryan Seacrest, who hosted the evening’s show, has remained relatively mum on the matter, but on Thursday, he took to the airwaves to give his side of the story.

Though he claims not to have seen the performance (sources from a previous ET story said he “didn’t know what to do,”), he does say he doesn’t think the team would have sabotaged the singer on purpose.

“I know this team of producers. I’ve known these guys for years,” he said. “I knew Dick Clark very, very well. This is a team that wants to do everything they can to accommodate any artist. They are in the business of wanting people to look good,” he said.

so much gratitude to the team that makes #RockinEve happen. thank you all! #hello2017 @NYRE pic.twitter.com/v8qG9SY491

So what of Mariah?

Ryan chalks it up to an unfortunate live occurrence. “Believe me, tricky things, tough things that can happen, happen on live television. It’s just unfortunate that it comes to all of this, because it’s a night of celebration and a night of fun.”

He also said that Mariah knew what she was getting herself into. “It’s difficult to perform in Times Square. [Carey] knows what Times Square is about. It’s complicated. Imagine every single TV outlet in the world was there. So, there’s all kinds of technical things going on.”

Hmmmm. We’re not sure WHAT to make of this one! It was obvious that Mariah was having technical issues, but whether they were a result of poor production or a lack of preparation, we may never know. It sounds like, at the very least, Mariah and Ryan can agree on one thing: Sh*t happens!

Do you think this one’s on Mariah or the production co.? Share with us @BritandCo.

Nicole Briese
Nicole is the weekend editor for Brit + Co who loves bringing you all the latest buzz. When she's not busy typing away into the wee hours, you can usually find her canoodling with her fur babies, rooting around in a bookstore, or rocking out at a concert of some sort (Guns N' Roses forever!). Check out all her latest musings and past work at nicolebjean.com.
Controversy
Celebrity News
Controversy Music New Years Eve
More From Celebrity News