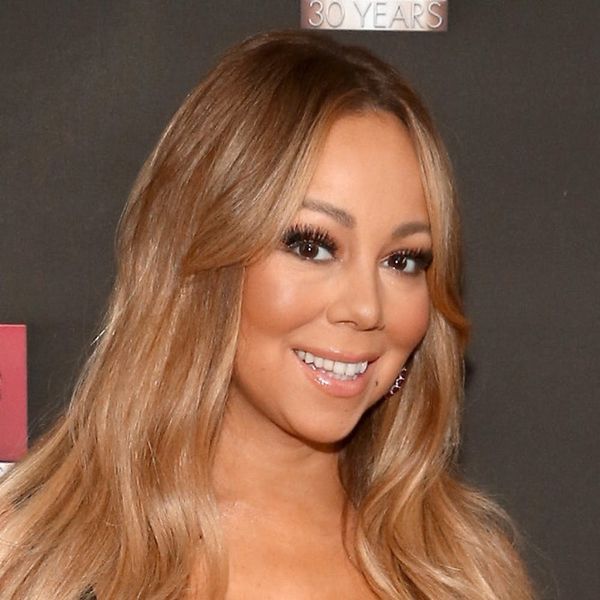 Brunch is SO 2017 — just ask Mariah Carey. The same pop diva who sparked the first meme of the year with her triumphant New Year’s Eve return performance has also declared the late meal trend O-V-E-R, all with a single social media post.

Taking to Twitter, Carey, 47, revealed that she had no interest in the popular mealtime that comes between breakfast and lunch, writing, “A friend called me and asked me to do brunch. Come on… I don’t do brunch, it’s daytime!!”

A friend called and asked me to do brunch. Come on.. I don't do brunch, it's daytime!! I suggested linner instead 😂☕ (definition: a late dinner!) #linneristhenewbrunch

Before foodie fans could get *too* distraught, however, the “Infamous” singer offered up a sliver of consolation in the form of a brand *new* meal movement.

“I suggested linner instead,” she revealed, adding, “Definition: a late dinner,” adding, “#linneristhenewbrunch.”

She also clarified times for those that were asking, saying linner lasts “as long as kitchens stay open.”

You guys are cracking me up with all your comments 😂😂😂 for those asking about #linner times- for as long as the kitchen stays open! pic.twitter.com/MU3GooMTvW

Fans were seemingly delighted by the prospect, taking to Twitter to spread Mimi’s proclamation far and wide and to embrace the new era upon us.

Me as of January 6th 12pm EST: Brunch? pic.twitter.com/mNFS3ukx5W

Mariah Carey really went and cancelled brunch altogether. what do you even wear to linner? is there a tutorial? shit. pic.twitter.com/eQJ50Hkjxa

me showing up to linner with my girls. pic.twitter.com/GNK6gq499i

me laughing at anyone who still asks to go to brunch in 2018, now that linner exists pic.twitter.com/iIovVhvs85

Will you be having “linner” in the New Year? Share with us over @BritandCo.

Nicole Briese
Nicole is the weekend editor for Brit + Co who loves bringing you all the latest buzz. When she's not busy typing away into the wee hours, you can usually find her canoodling with her fur babies, rooting around in a bookstore, or rocking out at a concert of some sort (Guns N' Roses forever!). Check out all her latest musings and past work at nicolebjean.com.
Celebrities
Celebrity News
Celebrities Food Trends twitter
More From Celebrity News