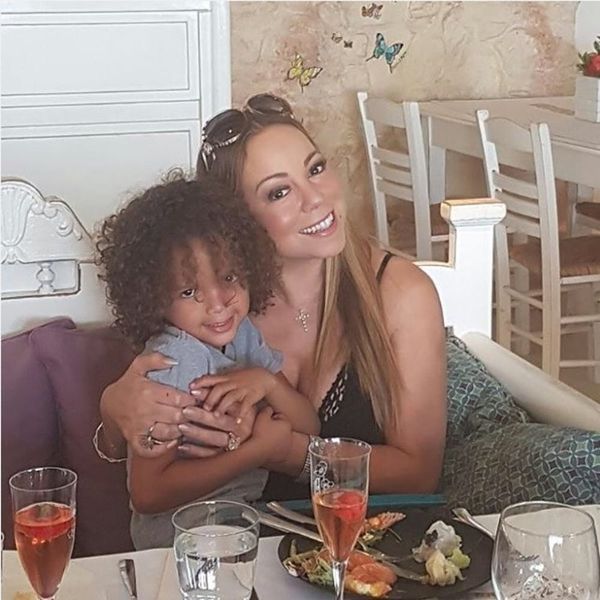 Mariah Carey may be in the midst of an icky sitch when it comes to her $10 million engagement ring (that it looks like she’s not returning), but it seems like she’s not letting that spoil her seasonal good cheer and merriment, especially when it comes to stirring up some joy with her little ones. And what better way to get into the festive vibe than singing Mimi’s own Christmas classic, “All I Want for Christmas Is You?” But what makes this rendition even better is that it’s Mariah’s son who’s doing the singing.

While Mariah’s kids might someday be embarrassed by their mom’s famous tune when they’re surly teenagers, for now, it looks like little Moroccan LOVES it.

Merry Christmas everybody! I'm making my favorite sauce and I hope you're enjoying the Yuletide cheer! 🎄🎁🎅🏼

While mama Mariah stands at the stove in the video posted to Instagram, cooking up some of her “favorite festive sauce” (mmm, we’d love to know what that includes), her five-year-old son Moroccan can be seen twirling around the kitchen singing and dancing along with the song playing loudly.

Holding a jar tied with a ribbon like an imaginary dance partner, he bobs his head as he belts out the words along with his mom’s recorded voice, while an obviously delighted Mariah watches every moment with the biggest adoring smile on her face.

Did Moroccan’s festive spirit make you smile? Tweet us @BritandCo!