Why More Millennial Women Are Turning to Weed for Self-Care 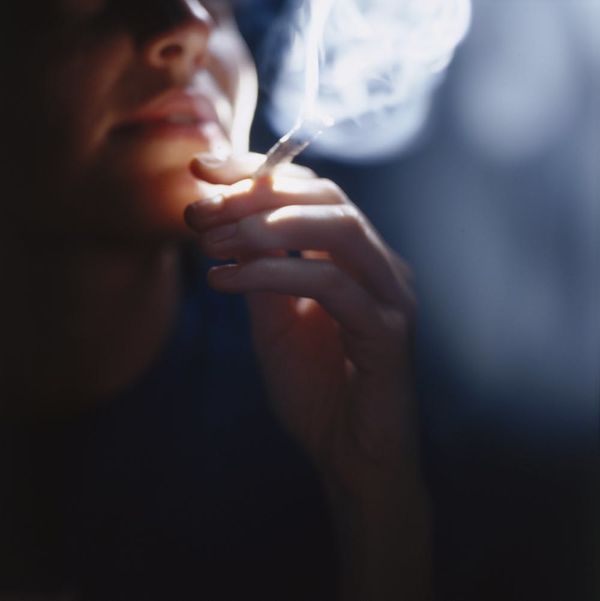 Puff, puff, pass, ladies! It turns out that women are one of the fastest growing segments of cannabis users, according to a recent study from Eaze, a medical marijuana delivery company and app.

Last summer, Eaze sent out a survey about cannabis use and received 10,000 (!) responses, offering a lot of insight about who uses marijuana, why they use it, and how often. The surveys were returned mostly by millennials (57 percent), and mostly by men (66 percent), but the women who responded offered interesting information into what and how women like to toke up.

According to Eaze’s report, most women who smoke weed do so on a daily basis. Of the women surveyed, 59 percent said they use marijuana every day. The next most frequent usage was two to three times per week, all the way down at 15 percent of female respondents. The smallest usage frequency was monthly or less, with just two percent.

The survey also asked which cannabis products consumers prefer. Between flowers (just the dry plant), wax, oils, and the infinite edibles available, everyone has a favorite, and for women, it’s mostly just good old fashioned flower. When it comes to method of consumption, joints reign supreme. Joints were the preferred method of weed use for 37 percent of women, followed by 24 percent who use a water pipe (AKA a bong), 18 percent like vaping the best, and 14 percent said they prefer a pipe. Only seven percent of female pot users said they don’t smoke or vape weed.

Perhaps the most interesting of all the survey findings is the data on why women smoke weed. Overall, the report says that women are tending more and more to use weed as self-care, to reduce stress, and even using it to replace antidepressants and opioids (a note: Do not change your prescription medication without consulting with your doctor!).

A significant number of women said that cannabis use impacted their alcohol consumption. Of the women surveyed, 78 percent said they also drink alcohol. 86 percent of the female drinkers surveyed said they drink less because of their pot use. A total of 13 percent said they have entirely replaced drinking with smoking weed.

Women surveyed also said they’ve quit using prescription opiates due to their weed use. 48 percent of the women surveyed said they have been prescribed opiates, and a massive 95 percent of those women said they’ve reduced their prescription opiate consumption because of their cannabis use, and more than a fourth (26 percent) said they have stopped using opiates altogether in favor of cannabis.

As for antidepressants, 45 percent of women who responded to the survey said they have been prescribed an anti-depressant, with 78 percent of that group saying they’ve lessened their antidepressant use because of weed. 28 percent said they no longer take antidepressants, and just use marijuana instead. Obviously, the trends in this survey should not be considered medical advice, but it’s still important to get an idea of why women are using weed and how it impacts other aspects of their lives.

While the results of this report need to be taken with a grain of salt (it was conducted by a company that has something to gain from positive perspectives on marijuana, for one thing), the findings show that at least some women are replacing or reducing consumption of alcohol and prescription medications because of their weed use. Given that women are also a growing demographic for opioid abuse, it’s well worth it for researchers to further examine the relationship between weed and opioids, among its other possible medical uses.

What is clear from this particular survey is that plenty of women love weed, use it all the time, and even stop using other vices like alcohol less when they smoke. So much more research is needed on marijuana and it’s possible benefits and harms, and this survey at least gives a clue as to how and why some people are using pot.

What do you think about these findings on women and weed? Tell us on Twitter @BritandCo.

Elizabeth King
Elizabeth King is a politics, history, and culture writer based in the Twin Cities. She is generally pretty cranky but still enjoys traveling, music from the early 2000's, and plotting the resistance. Feel free to say hi on Twitter at @ekingc or check out some of her work at www.elizabethcking.com.
Mental Health
Womens Health
Mental Health
More From Womens Health