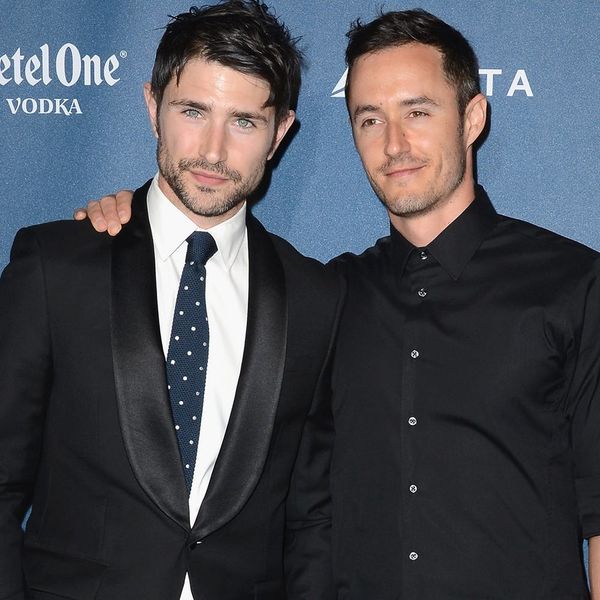 When announcing a new addition to the family, parents have gotten pretty creative these days. Whether it’s a nine-month time lapse or a simple emoji tweet (Kim KW, we’re looking at you), the snail mail birth announcement seems to be becoming rarer and rarer. Following the new, more personalized trend, Matt Dallas and Blue Hamilton took to Youtube to welcome their son Crow.

Matt, the star of Kyle XY, and his musician husband Blue tied the knot back in July. In their festively decorated video, the couple explains that they always knew kids were part of the equation and that it was just a matter of figuring out how. After going through all the different options they decided to go through the state. “There were just a lot of kids that really needed homes,” Matt says.

While trying to build up the big reveal, their new little munchkin adorabley ruins the surprise by causing some commotion off screen and yelling “Dad!” After they bring him into the video they officially welcome Crow, a 2-year-old boy originally born in Arizona. Matt tells the camera, “There was supposed to be a six-month trial period. There was like a six-minute trial period before we knew that he was going to be ours.” Blue then chimed in saying, “The car ride home we decided that he was going to be ours and we weren’t going to give him up.” We totally understand guys, we’ve only known Crow for like two-minutes and we’re already in love with him.