What Time You Eat Dinner Could Impact Your Health 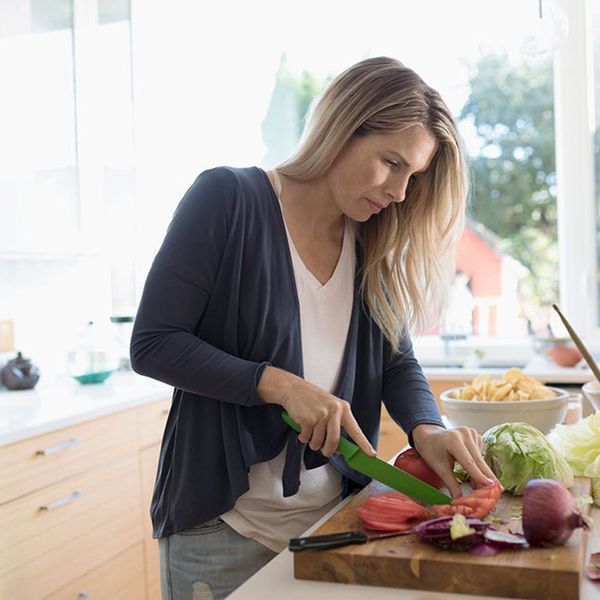 Every mom knows the “When is dinner?” chant that starts from her kids around 5pm. As it turns out, the answer to this question may be more important than we might think — and not just for satisfying hangry kids. Recent research has shed light on the intriguing concept that when we eat dinner (and even breakfast) can have a significant impact on various measures of our health. Scientists are now correlating the timing of meals with loss of body fat and even cancer risk.

When it comes to the dinner hour, it appears that the rule for these health benefits is the earlier, the better. While you may consider eating right before bed a bad idea because a boost of calories could keep you up at night or because you could end up with heartburn by lying down soon after a meal, these issues pale in comparison to the findings of recent study from the Barcelona Institute for Global Health in Spain. As researchers tracked the timing of people’s dinners over the course of five years, they discovered a surprising association between the participants’ dinner hour and their likelihood of developing cancer. Those who ate dinner before 9pm or at least two hours before going to bed had a 20 percent less risk of developing breast or prostate cancer than those who ate after 10pm or turned in soon after eating. (Perhaps they’ll want to rethink those traditional late-night dinners in Spain.)

So what could the timing of your meals have to do with getting cancer? Eating at prescribed times for your health has a tinge of hocus-pocus about it. Do you also have to eat under a full moon? Or with Mercury in retrograde? Nope. The underlying mechanism likely responsible for these protective effects is highly scientific, having to do with the body’s circadian rhythm. Increasingly, scientists correlate how well we follow (or don’t follow) this instinctive sleep-and-waking rhythm with our likelihood of developing of cancer. Certain biomarkers for cancer increase in the body the more we push the boundaries of these ingrained patterns. Judging from the results of this and other research, it appears researchers are now exploring the possibility that the timing of meals is an important factor in circadian rhythm.

Cancer risk isn’t the only health issue potentially affected by our mealtimes. Another recent study investigated what happened to body composition when participants delayed their breakfasts and bumped up their dinners by 90 minutes each. After doing so for 10 weeks, subjects lost twice as much body fat as a control group that ate at “regular” times — even though neither had restrictions on what they ate or how much. Circadian rhythm may be at play again, but the more likely explanation for these differences is that altering mealtimes is a form of intermittent fasting — a dietary concept that’s been getting lots of attention lately for its effects on weight loss.

Experts are still exploring how and why intermittent fasting works to help the body shed pounds. One theory goes that eating breakfast late and dinner early limits eating to a smaller window of time, leading to fewer calories consumed overall. (This is exactly what happened in the mealtime-change study. Those with time restrictions simply ate less.) Others believe that the stress of fasting triggers an immune response that ramps up metabolism. “There is some thought that fasting for at least 16 hours at a time is like a mini-reset for your body,” says Anne Danahy, Arizona-based registered dietitian nutritionist. Intermittent fasting in its various forms is also associated with improved blood sugar and insulin, a major plus for those who struggle with diabetes or pre-diabetes. “I think eating an earlier dinner and closing down the kitchen afterward are both good habits for everyone to follow, whether they’re trying to lose weight or not,” says Danahy.

If you’re intrigued by the benefits of intermittent fasting, you may want to try tweaking your mealtimes. Unlike more intense forms of fasting (like going entire days without food), restricting meals to an eight-hour window is relatively convenient. “It’s probably the easiest way to do [intermittent fasting] because it doesn’t require any serious fasting during awake hours,” Danahy points out. Just be aware that, though a mealtime change of 90 minutes may not sound like very long in theory, it can be tough to implement in reality. Social obligations, work schedules, and the variability of everyday life often interfere with the times we eat. “Just like any dietary pattern, it has to work for you and be sustainable,” she says.

Thinking of tweaking your mealtimes for health benefits? Tweet us at @BritandCo.

Sarah Garone
Sarah Garone is a mom, wife, nutritionist, and freelance writer in Mesa, AZ. She loves music and travel, speaks fluent German, and does a lot of running (to counterbalance the surprising amount of cookies she eats for being a nutritionist). Find her sharing great recipes and helpful nutrition info at A Love Letter to Food.
Healthy Living
Health
Healthy Living Science Womens Health
More From Health