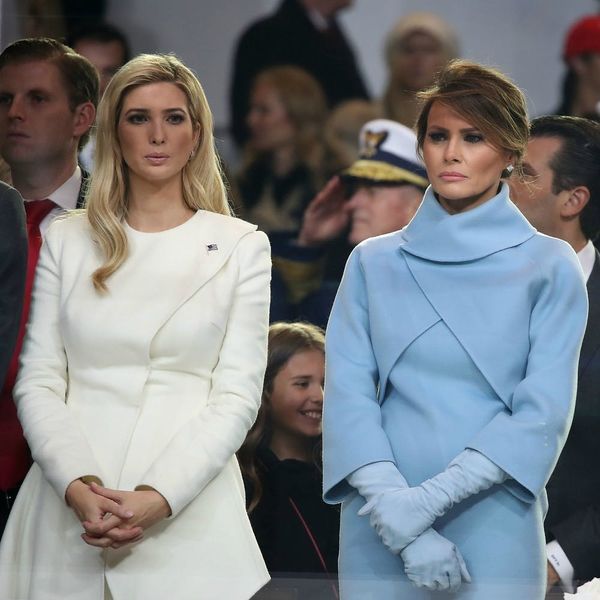 With the start of Black History Month, many celebs and politicians are sharing their support for the annual observance of the history and achievements of Black people and their contributions to society that often go overlooked in traditional (read: white and male) historical education.

For members of the first family, however, their tweets in support of Black History Month fly in the face of what many feel are empty words from people whose problematic views have been on display in the past.

Today marks the start of #BlackHistoryMonth Let this be a time to come together in a celebration of diversity.

Tweeting out her belief that Black History Month should be a time to “come together in a celebration of diversity,” caused many to respond to her tweet with venom, prompting some to remind FLOTUS of her husband’s actions that appear to run counter to this value:

It’s good that you have social media people to post things like this. But your husband’s actions run contrary to this sentiment.

FLOTUS wasn’t the only person to be taken to task by the people of the internet, however. White House adviser and first daughter Ivanka Trump also tweeted out support for Black History Month, but considering she’s previously been accused of complicity in what many people consider to be socially harmful policy measures by her father’s administration, folks did not hold back.

During #BlackHistoryMonth, we celebrate heroes like Harriet Tubman, Rosa Parks, and Dr. Martin Luther King Jr. who were sojourners for freedom – and we resolve to continue to bring greater equality, dignity, and opportunity to all Americans, regardless of race or background.

“During #BlackHistoryMonth,” Trump tweeted, “we celebrate heroes like Harriet Tubman, Rosa Parks, and Dr Martin Luther King Jr. who were sojourners for freedom — and we resolve to continue to bring greater equality, dignity, and opportunity to all Americans, regardless of race or background.”

Twitter was decidedly not having it, with some directly pointing to the president’s administration for its lack of diversity and the times her father has been accused of racist actions and words.

Thanks. Speaking of Black History, your father and grandfather violated the fair housing act by denying black people apartments based on their skin color and your grandfather was a KKK affiliate. That’s some history. 🙄

Here's how many of Trump's cabinet appointees have a history of racism, via @mic https://t.co/krhRY1al91

Lady, you and your family, particularly your father, @POTUS hardly have a proven track record of success with “freedom for All Americans”, let alone African-Americans. You tried it though. #LivingInAnAlternativeReality

Others just straight up trolled her.

Your dad is a racist that thinks White Supremacists are very fine people.

So thanks for your tweet, but honestly, you can keep that shit for yourself.

Your whole family is going to jail, chica. pic.twitter.com/SOI3wvJwVw

Are you high?
April Fool's Day is on April 1st. February 1st is the beginning of #BlackHistoryMonth

"– and we resolve to continue to bring greater equality, dignity, and opportunity to all Americans, regardless of race or background." pic.twitter.com/j1ZyCq7tHK

Last month, Ivanka Trump was also called out for tweeting her support of MLK day. FLOTUS, meanwhile, has been questioned for her choice to work towards ending online bullying in light of the president’s highly publicized twitter feuds.

What do you think of the first family’s tweets? Let us know @BritandCo!

From Your Site Articles
Kat Armstrong
Kat has been a writer, social media maven and mom for longer than she's willing to admit. She's also spent time in front of and behind the camera, interviewing celebs, politicians and acting as a producer for fashion and artistic photography shoots. When she isn't writing for various orgs and publications, she's hanging with her kids, husband and French Bulldog, Peter, in Toronto, Canada.
Black History Month
Politics
Black History Month Controversy