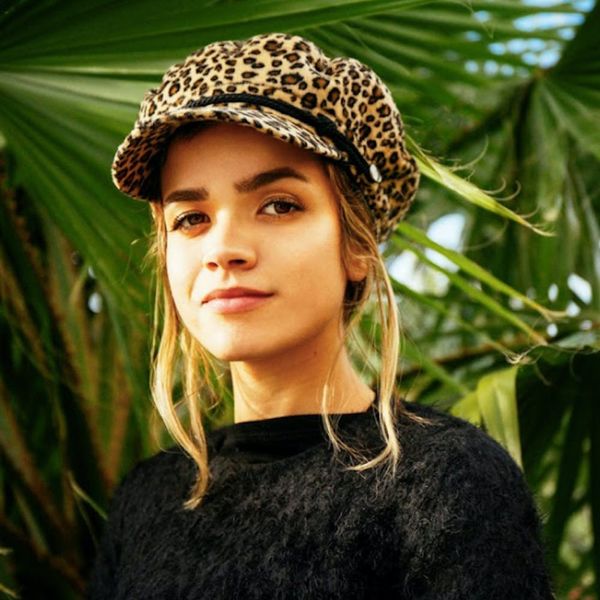 Isle Valfré says she’s lucky to not have experienced firsthand the kind of mistreatment that many immigrants face when they come to the US — but she’s seen it happen many times.

“I’ve witnessed a lot of discrimination in the way Latinos are treated in the workplace,” says Valfré.

That could be part of the reason whyone quarter of entrepreneurs and inventors in the US are immigrants. Valfré can count herself among them. An artist and designer, she decided to work for herself back in 2013, creating Valfré: a highly Instagrammable line of clothing and accessories based on the artwork she posted on her popular Tumblr account.

Growing up in Tijuana, Mexico, right next to the US, Valfré was well-versed in American pop culture icons (Betty and Veronica are her faves). “I would cross the border to San Diego two or three times a week,” Valfré recalls. “Since Tijuana is a border town, there are a lot of Americans there. [I] grew up watching American TV which was broadcast locally. I learned English from watching American TV.”

Thanks to the huge social media following her artwork, when Valfré decided to start her business she was able to outmaneuver some of the roadblocks that come with being a young, female entrepreneur — namely, relying on someone else to fund a huge chunk of the business (which often means giving them control over your work).

“We didn’t try to raise a big round of capital from the beginning,” she says. “We started small and scaled the business slowly. There were challenges, but these are the same challenges that most people run into when starting from scratch.”

For Women’s History Month, we chatted with Isle Valfré about the impact that young immigrant women are having on this country and why it’s important to not let other people’s ignorance come between you and your goals.

Brit + Co: You’ve probably been following Donald Trump’s attempts to rescind DACA — which, if he’s successful, will have terrible consequences for so many young Latinas who’ve been in the US since they were little kids. What would you say to lawmakers about the impact and contributions that immigrants from Central and South America have made in this country?

Isle Valfré: Rescinding DACA would be a huge mistake. I believe what makes this country so special is the influence of the many cultures that reside here. Like me, many immigrants move here with a dream and a hope for a better life. They’re often times the hardest workers because they’ve sacrificed so much to be here. Many of the most successful people that I know here in the US are either immigrants or descendants of immigrants and there’s no questioning the deep impact that Latinas have had. From the art, music, and culinary scene, all the way up to politics, Latinas bring the spice to American culture.

B+C: We’re running this interview during Women’s History Month. It’s been a tough year for women (and people of color, and the LGBTQ+ community, and immigrants, and… we could go on) but it’s also been a year where women have really come together to support each other and take action against hate and discrimination and violence. Looking back on the year, is there a moment that inspired you, motivated you, or gave you hope?

IV: Yes, it’s amazing to see people banding together and I believe this year has been a defining shift for the good. I don’t believe that the predators and bigots are going anywhere, but they’re definitely on the defensive and now know how serious the repercussions of their actions can be.

B+C: Valfré began as your side hustle, using social media to share your art and building up a community of followers. It’s a community you’ve continued to nurture through engaging fans on Instagram and on your company’s blog, Valfréland. Beyond just promoting the brand, why is it important to maintain a kind of link with that community?

IV: The community has given me my dream job and continuously keeps me inspired. I’m in my happiest state of mind when I’m drawing, and I love engaging with the community through my art. Our blog is not only a place to share my work but has become a platform to share other creative women’s profiles, art, events, and music that we are into.

B+C: Is there a piece of advice you’d like to give to young women who want to pursue their dreams, whether it’s as an artist or an entrepreneur?

IV: Don’t let ignorant stereotypes stop you from pursuing your goals. Embrace the tough times because that’s when you learn the most.

How did you celebrating Women’s History Month? Tell us about it on Twitter.

From Your Site Articles
Corrina Allen
Corrina Allen is a film + television + travel writer from Toronto. Her journalistic goals include a backstage interview with David Byrne, the fictional character she identifies most closely with is John Wick, and her favorite dead person is Vladimir Nabokov. She never, ever Instagrams photos of her food (just her dog).
Entrepreneur
Empowerment
Entrepreneur International Womens Day Ladies First
More From Empowerment