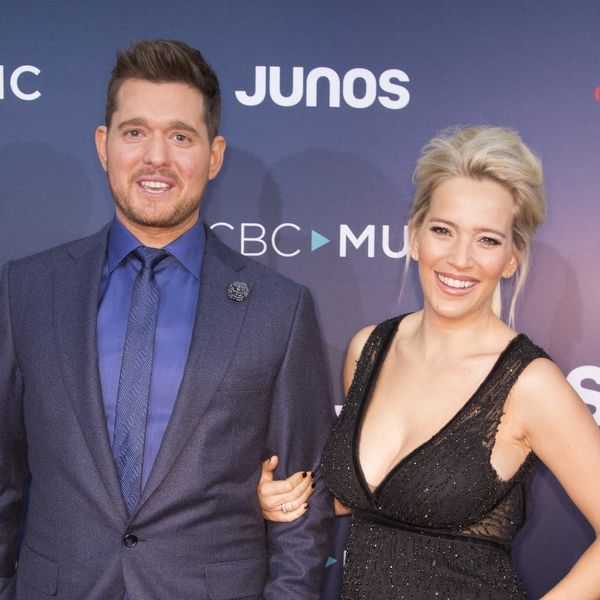 Michael Bublé and Luisana Lopilato just welcomed their third child. Lopilato made the announcement via Instagram, posting a black and white pic of the newborn’s hand, along with a heartfelt message to their new daughter.

“How to explain that our heart explodes with love? That there’s not enough hours in a day to think about it. I thank God for making us this gift of life and happiness! Because looking in her eyes is looking at heaven itself!” the Argentine actress wrote in Spanish, according to People magazine.

“We love you to infinity and beyond,” she added. “We waited for you not only to grow as a family … you gave us light, hope, you are and will be our souls’ life.”

Bublé and Lopilato are already the parents of two-year-old Elias and four-year-old Noah, who turns five next month.

Back in April 2017, Bublé revealed that Noah, who was just three at the time, had been given a clean bill of health after being diagnosed with cancer the previous year. “Thank God, my son is well,” the singer said. “When things like those that happened to us occur, your take on life changes. It happened to us. Now I value life much more, the now and the today.”

Then, this past February, Bublé and Lopilato let the world in on the happy news that they were expecting another baby, and earlier this month, they revealed that a little girl was on the way. “I got my first little girl coming in three weeks, and I’ve actually never said that before in public,” the excited dad said in an interview with Irish radio show Today FM. “I’ve got a daughter coming.” And now she’s here!

Do you know what it’s like to experience something joyful after a personal struggle? We’d love to hear your thoughts @BritandCo!