Michael Bublé and Wife Luisana Lopilato Are Expecting Their Third Child Together! 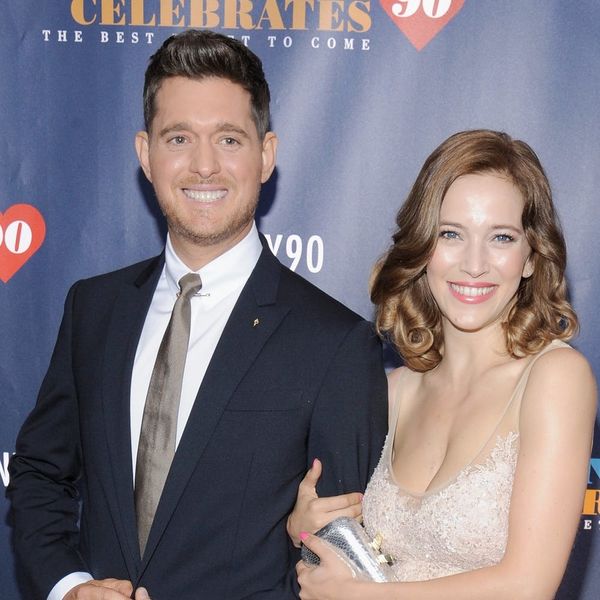 Michael Bublé and his wife Luisana Lopilato have been through a lot in their seven years of marriage, with the couple’s eldest child, Noah, receiving a liver cancer diagnosis back in November of 2016. Two years later, they’ve got every reason to celebrate; Not only is little Noah cancer-free after four months of chemotherapy, the couple has just announced that they’re expecting their third child together!

A rep for the pair has confirmed to E! that their family of four will soon grow to five, with a baby girl or boy joining their brood, which includes 2-year-old Elias in addition to Noah, now 4.

The actress reportedly sparked pregnancy speculation in her native land of Argentina, when she posted an Instagram photo that saw the mama-to-be covered in plenty of comfy layers.

Lopilato spoke to the outlet back in April about how her son’s experiences changed her outlook on life, saying, “Now I value life much more, the now and today. I would like to thank people for their support, for the prayers they said, for their love, and I want them to know that they reached us and that it helped us a lot to come through this.”

Bublé, meanwhile, made his return to the spotlight following his son’s health issues back in June in order to belatedly accept a National Arts Centre Award in Ottawa from the Governor General of Canada.

Congratulations to the happy (and healthy!) family!

Which celebrity baby of 2018 are you most excited about? Sound off over @BritandCo.

Nicole Briese
Nicole is the weekend editor for Brit + Co who loves bringing you all the latest buzz. When she's not busy typing away into the wee hours, you can usually find her canoodling with her fur babies, rooting around in a bookstore, or rocking out at a concert of some sort (Guns N' Roses forever!). Check out all her latest musings and past work at nicolebjean.com.
Celebrities
Celebrity News
Celebrities Celebrity Baby Celebrity Couples